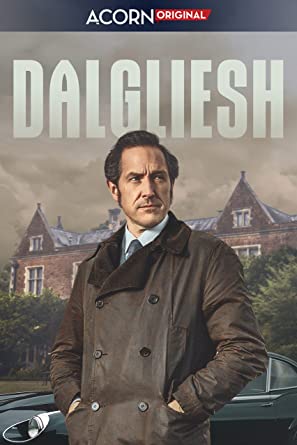 Dalgliesh: Series 1 is 6 episodes of 2-part mysteries and is based on the Adam Dalgliesh novels by PD James. I’m not familiar with the books or the character, but the series feels like a lot of other series I watch through Acorn especially period shows. This is based in 1970s England.

The first mystery is Shroud for a Nightingale. A nursing student dies in what is believed to be an accident at first. An experiment goes wrong with milk being replaced with cleaning liquid. Was it an accident or murder? With the girl not having too many people there who liked her, anyone could be a suspect.

The second mystery is The Black Tower. Dalgliesh goes to visit an old friend, but the friend is dead and at first the cause of death is believed to be natural. There are other deaths including a suicide that makes him investigate further.

The third mystery is Taste for Death. This involved the murder of two men in a church. One is a former member of parliament, the other, a lesser known. His investigation of course leads to secrets nobody in power wants known.

I think the biggest positive of the series is its era. The costuming is great. The dialogue is great. The backdrops work and this style of detective show fits the time period well. Not being familiar with the source material I can’t tell you how accurate the series is to the books so I’m not sure how diehard fans will react to the series. Being new to it, I overall enjoyed Dalgliesh: Series 1 and think others will too. If you like period mystery shows from the UK then check it out.