The biggest release of the week that we got is Promising Young Woman. A critics darling and multiple award nominee, overall I liked the film, but it has a couple of issues. I’ll start with the positives with the cast being its best feature. Carey Mulligan is great in the lead, but it also features a supporting cast including Bo Burnham, Alison Brie, Clancy Brown, Jennifer Coolidge, Laverne Cox and Connie Britton. There is a scene between Mulligan and Brown who plays her dad that is just fantastic. Before watching the film I thought I knew what the film was about. In my head Mulligan played a woman whose life was changed because of a sexual assault and she’s out for revenge. It’s sort of that, but her backstory isn’t what I expected. The film itself doesn’t go as expected and that’s also another big positive. I’m shocked the big twist hadn’t been spoiled by now and if you don’t know what happens, you’ll be surprised as well. Once pieces start falling together for Mulligan it takes a turn that shocked me. I’ll leave it at that and I recommend knowing as little as possible before watching. One issue I had with the film though is you root for Mulligan as the hero of the film, but there are some things she does that just didn’t fit to me. We can argue about what she does in the beginning being entrapment or not, but there is a road rage scene that makes her character look the opposite of a hero. The man in the other car is right in that situation. Just because he’s swearing and calling her names doesn’t mean she can cave in his windshield. Sure it shows she has issues, but to me, it took me out of her being the hero of the film. But then it goes somewhere that I never saw coming and overall rescued itself. Mulligan is top-notch and I liked the pacing and vibe of the film. It has a great soundtrack and flow to the film and I understand why it’s considered one of 2020’s best.

Second we have Runaway Train. This 1985 film was nominated for multiple Academy Awards and that must have been a bad year for movie because after watching it, I definitely wouldn’t call it Oscar worthy. It’s not bad or anything and Jon Voight and Eric Roberts are good, but action movies are usually glossed over by the Academy nowadays. If you aren’t familiar with the film, Voight and Roberts play two prisoners in Alaska who escape and end up on a runaway train with Rebecca DeMornay. Both Voight and Roberts were nominated for their performances. I had never seen the film, but had known about it for two reasons. One, I knew Eric Roberts had been nominated for an Oscar and two, it’s Danny Trejo’s first film. He plays a prisoner Roberts boxes in the movie. It’s also Tiny Lister’s first film with him playing a prison guard. The new Blu-ray comes with commentary featuring Eric Roberts and is a 2K mastering. I enjoyed it and I’m sure there are a ton of fans who will eat up this new release.

Next we have Little England. Set in the 1930’s on the provincial Greek island of Andros, the film is about two sisters who fall for the same man. The older sister is beautiful and her mother wants her to marry a more successful man, a captain. She won’t allow her to marry her true love and the older sister caves in. The younger sister ends up marrying the man who at this point is more successful. Both women have families, but then World War II throws their lives into chaos. As captains of ships, their husbands are at sea and are targets in the ocean. As the drama unfolds, the sisters learn the truth about the one man and what their mother did. Both lead actresses are great and the setting is a character itself. It won many awards in its home country and I understand why. Solid drama I hadn’t seen before. 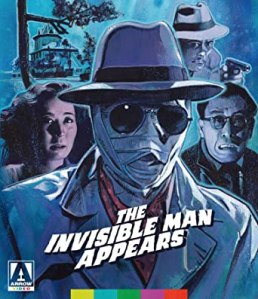 That Click is a documentary on famed photographer Douglas Kirkland. He’s photographed Hollywood for decades from Marilyn Monroe to Elle Fanning. Sharon Stone, Nicole Kidman, Michelle Williams, Baz Luhrmann, Andy Garcia, Fanning and more discuss the photographer’s career and his wife. I never realized all the movies he worked on as the stills photographer. Luhrmann brought him on for multiple films and kept him right in the heart of the set. You may not be familiar with his name, but you most likely know his work. He has very famous photos of Monroe, Elizabeth Taylor, John Lennon and many more. It’s one of those documentaries that I find interesting because I enjoy the subject matter, but if you aren’t into photography, Hollywood, movies and the like, I’m not sure how much you’ll get out of it.

Wonder Showzen: The Complete Collection is out this week. This features all 16 episodes on 4 discs and I remember seeing some of the show before but this is a great collection. It ran for 2 seasons in 2005-2006 on MTV2 and was a parody of educational programming using satire and comedy to lampoon politics, war, culture. and more. It took stock footage of kids, cartoons, puppets and the like and added adult content to it. You either liked it or didn’t. Overall I enjoyed it with more working for me than not. It had a cast of adults and kids and also had cameos like Flavor Flav, Chris Meloni, Amy Sedaris and others. If you were a fan, here is the complete series in one collection. 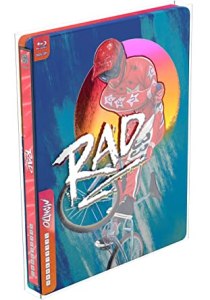 The following releases come from Mill Creek Entertainment. Up first is their fantastic Blu-ray Steelbook release of Rad. If you don’t remember this mid 1980s film, it’s about a small town BMX rider who wants to compete in the ultimate BMX race, Helltrack. I hadn’t seen it in probably 30 years and wow was it a trip down memory lane. It’s so very 1980s, the clothing, the music, the dialogue. Even the story of a small town kid wanting to compete against professionals is very 80s. Bill Allen played Cru, the local who faces off against Bart Conner (yep the gymnast) and other pros with all the odds against him. With help from pro Lori Loughlin, he fights against all the rules they throw at him in order to win Helltrack. Allen and Loughlin “dance” with the bikes and it’s all so cheesy, but that’s what you want/expect. This new Steelbook is pretty sweet and is just as good as the other Steelbooks Mill Creek has been putting out. The special features include a Q&A with the cast and archival video interviews and more. Rad is such a cult classic from my youth that this new Blu-ray Steelbook is a must own.

Next we have I Am Lisa, a werewolf film with potential, but just doesn’t get to where it should have. A small town girl takes over her grandmother’s book store after returning home and instantly clashes with old classmates. When she reports an incident, the local sheriff happens to be the one girl’s mother and the girl takes a brutal beating. Left for dead in the woods and expected to be eaten by wolves, the girl instead survives and is out for revenge with her new abilities. I liked the concept of the film, but the acting and characters aren’t good. The sheriff is a walking cliché with most characters underdeveloped as well. The lead actress isn’t bad, but I instantly couldn’t stand the sheriff, the daughter, the son and other women involved. It is something slightly different so I’ll give it credit for that, but I definitely wanted more from it.

Last we have Tropical Heat: The Complete Series. This is all 66 episodes in one collection and is about an ex-DEA agent who becomes a private investigator in the fictional resort town of Key Mariah, Florida. He meets up with a local tourist agent to solve a variety of different cases. If Rad is very 1980s, then this is very 1990s. The lead character is named Nick Slaughter. It has a beautiful setting although it filmed in 3 different parts of the world over 3 seasons. You had good looking men, scantily glad women, all kinds of action and crimes, think of it as detective Baywatch. You had some character changeovers during seasons as well with the character Spider replacing the character Ian after the first season. Plus there are guest stars like Mia Kirshner, football great Lawrence Taylor, Clint Walker, a young Rachel Weisz, Nicole de Boer and even Traci Lords. Was it great TV? Of course not, but it was fun and this collection, like Rad, is a great trip down memory lane..