Some lucky readers will win T-34. 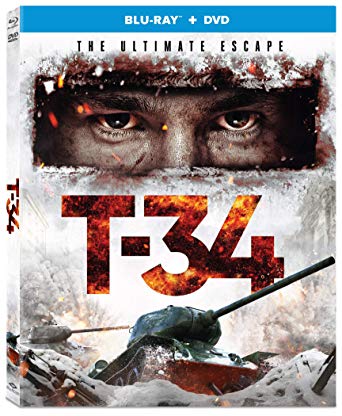 Synopsis:
During the greatest war in the history of mankind, young lieutenant Ivushkin assembles a courageous group of POWs to plan a daring escape from captivity. With the power of a half-destroyed T-34 tank, Ivushkin and his crew challenge an enemy battalion, ready to battle until the end – for family and for country.

T-34 has a runtime of approximately 112 minutes and is not rated.