Summer Hill Films announces the street date for the rom-com sci-fi drama 2021 coming to DVD and VOD this December. 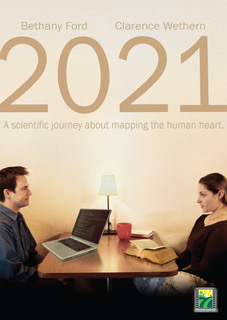 Coming to DVD on December 13, 2016, 2021 follows John Cooper, a computer programming genius, working on a project to reverse engineer intelligence using a map of the human genome. After becoming increasingly disillusioned by the results of his work, John meets Emily — a shy, bohemian novelist unable to find emotional sustenance beyond her own writing. This is the story of two lost souls searching for the shadow of love in an increasingly alienated modern world.