Up first we have NCIS: Los Angeles Season 7. Hitting DVD on August 30th, this is a show I watch solely on DVD at this point. I watched the first season when it came out, but it’s one I just don’t have time for weekly. My mom loves the show and watches it with my dad which clearly proves CBS has a fantastic formula for dramas. The show works because of the chemistry between Chris O’Donnell and LL Cool J. Plus Daniela Ruah, Barrett Foa and Eric Christian Olsen are all very good as well. Season 7 started with Callen (O’Donnell) going rogue and going on a secret mission. That leads in to an investigation of a cold case (20-year-old Peruvian massacre). Callen and Sam (LL Cool J) have to do what a caller tells them to do on their day off. The undercover in a cult episode is pretty good (I like when Olsen is given a lot of time). The Christmas episode with the North Korean spy was really good and fun. The team is sent to Russia for a bit. The firefighter episode is really funny and the season ender deals with Sam’s son in a military school. If you’ve been a fan of the show since day one, there’s no reason to not continue. The cast is great and the show stays relevant without breaking its formula too much.

Second we have Dark Cove which is currently available to rent or own now on iTunes, Amazon Instant, Google Play, Vimeo, XBox and more in the US and Canada. I really tried to give this a shot and tried to stay positive because it’s a lower budget thriller out of Canada. I try to be nice to smaller films because they don’t have the money to really do what they need to do. This is a prime example of good concept, bad outcome. The concept isn’t anything original, in fact we’ve seen it a million times before, but usually it can work. A group of friends go camping for the weekend and something bad happens and they have to cover it up or go to jail. Basically I know what you did at the campground this summer. But I’m ok with that. Unfortunately the actors in it aren’t so good. The Australian guy that gets angry in a scene and is ready to kill everyone had me laughing out loud. That scene was just sad. In another scene the leads are talking about how bad Americans are, how rude they are when they order food in Canada. I’m American, I’ll be rude here and say your film isn’t good or original. Worst part is, the setting is fantastic. It’s a beautiful location, but the actors didn’t hold my attention and once things start to go downhill, it became just another friends covering up a body film. 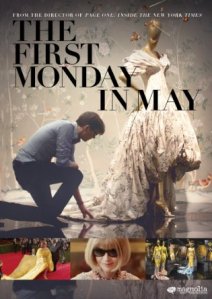 Third we have The First Monday in May. This hit DVD in early August and is a look behind the scenes of two big events in New York: “China: Through The Looking Glass,” the most attended fashion exhibition in the history of The Costume Institute at The Metropolitan Museum of Art, and the 2015 Met Gala, the star-studded fundraiser. This isn’t exactly my kind of thing, but that’s fine, I can respect what it’s doing. I’m not into fashion, I’m a jeans and t-shirt guy who still wears cargo shorts (the horror!), but this shows you just how much goes into putting these events together. It’s pretty insane actually. Millions of dollars are spent putting these events together and it’s pretty much a 24/7 job with scheduling events, celebrities, who is being seen with who and everything in between. I’m not someone in to the celebrity life, in fact, if Rihanna, J-Lo or a Kardashian is involved, I just don’t care about it. I definitely got more out of it than I thought though. It’s crazy how many people are needed for these things. Plus I do like Asian culture so the exhibit of Asian inspired clothing and design pieces were very cool to me. If you read US Weekly and know what channel E! is on your TV, this is more for you than me. I found it more educational than entertaining, but I’m ok with that. 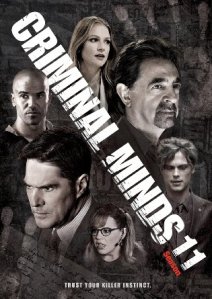 Fourth we have Criminal Minds Season 11 on DVD August 30th. Criminal Minds is a show I gave up on years back, but have watched some reruns of here and there. Season 11 is the first time I’ve watched a full season since probably season 4 or 5. It’s just like a CSI, Law & Order or NCIS and it never separated itself from the pack especially after Mandy Patinkin left. This season saw a lot of traveling with episodes taking place in Los Angeles, Savannah, Georgia, Detroit, Las Vegas, Phoenix, Florida, Boston, Chattanooga, St. Louis and more. I didn’t mind watching the season, but I remembered why I gave up on it. It’s nothing original and all the episodes feel the same. I do like Joe Mantegna and the cast isn’t bad. Shemar Moore, Kirsten Vangsness, Thomas Gibson and AJ Cook are all solid. I am curious to see how they write off Gibson for season 12 because he got fired.

Next is Blood is Blood available on digital HD and VOD September 1st. Wow did I not get this movie. It’s a psychological thriller that really didn’t work for me. A privileged family gets stirred up when a brother gets a fiance. A sister doesn’t like that someone new is coming in and the brother almost kills her. She’s sent to a medical facility because they all think she’s crazy and that her brother didn’t try to kill her. She starts having hallucinations/visions and breaks out to figure out the truth. That seems simple enough, but one brother is a cross dresser and lots of people are killed and there’s origami foxes. It wants to be smart and layered, but I don’t think there’s enough to it. There’s family secrets and I don’t know if any of it made sense to me. Maybe I missed something, but I don’t think I did.

Sunset Song is next and it came out on DVD August 23rd. The cinematography and setting are outstanding. It’s a beautiful film to look at. The acting is top-notch and it has great production value. Unfortunately it’s super slow and uneventful. It’s based on a book that I’m not familiar with. Set in Scotland during the turn of the century and in the shadow of World War I, it is the coming of age story of Chris Guthrie, a young farm girl forced to face a series of personal hardships. Following the death of their mother, Chris’ brother Will runs away to get married, leaving Chris to tend to the family farm and fend for herself against their abusive father, John. Believing she finally found happiness, Chris marries Ewan, who enlists in the army to fight in The Great War, once again leaving Chris to tend to the family farm by herself. I do think it’s something the Jane Austen crowd would enjoy. There’s love and pain and agony and a pretty backdrop. It just takes forever for something to happen and by then I had lost interest. It’s over 2 hours long and feels even longer. It’s a shame too because it’s beautiful to look at.

Coming to VOD and limited theatrical release September 2nd is Zoom starring Tyler Labine, Alison Pill and Gael García Bernal (sort of). I write sort of because his scenes are all animated. The film confused me because of that. There are three storylines that all connect and you aren’t quite sure who controls who. Pill plays a sex doll worker who draws on her free time. There’s a story with a model who wants to write a book and Bernal plays a movie director. The book being written is about a woman who works at a sex doll company. The movie being directed is about a model writing a book who leaves her boyfriend and get into danger. So basically all 3 stories connect, but I didn’t understand the animated parts. Why were they animated? It felt out of place. It’s a shame it wasn’t a more straight forward film because I did love the scenes between Labine and Pill. I’m a huge fan of Labine and the story involving them, the sex dolls, cocaine and a weird mustache guy were funny and could have been the entire movie. I honestly didn’t see the need for the model or director unless you simply made them figments of Pill’s imagination. Pill & Labine are great together too and I really wish the entire movie was them. Jason Priestly and the model and Bernal’s movie arch just did nothing for me especially Bernal’s penis getting small and him losing his mojo. If you like Labine and/or Pill I recommend it for them.