With Father’s Day approaching we thought you might need some help coming up with a gift for dear old dad. He certainly doesn’t need another tie and unless you are getting him a monthly beer subscription, whatever gift you picked up is a waste of time. Put down the socks and get him a movie! If you don’t know what movie to get, here are some suggestions for dads of any age.

Disney’s The Finest Hours – Based on the true life story of the greatest Coast Guard rescue in U.S. history, the movie stars Chris Pine, Casey Affleck, Ben Foster and a ton more. The film hit Blu-ray/DVD in late May.

Star Trek The Original Series The Complete Series – The series has been available before, but CBS has a new box set out just in time for Dad. With a June 14th release date, Dad can visit space, the final frontier once again.

Star Trek: The Next Generation The Complete Series – Another series that’s been available before, but this has great new packaging as well. Picard, Riker and company hit shelves June 7th.

The Untouchables The Complete Series – This monster box set is a must own for Pops if he was into the Robert Stack series. This 31 disc collection came out in May.

Have Gun – Will Travel The Complete Series – Another monster box set, Richard Boone shined as Paladin the gunslinger for hire. With episodes written by Gene Roddenberry, if your dad likes Westerns, he’ll love this. This 35 disc set also came out in May.

Drunk Stoned Brilliant Dead: The Story of National Lampoon – This amazing documentary about the founding of National Lampoon is perfect for dad. I loved it and he’ll love it too. With stars from Saturday Night Live, The Simpsons and classic 1970s and 80s comedies, this is a must own. It hit DVD/Blu-ray in April.

Vinyl The Complete First Season – This HBO drama is perfect for those dads that grew up in the 70s. With great music and great acting, the HBO series comes from Martin Scorsese, Terence Winter and Mick Jagger. It hit Blu-ray/DVD on June 7th.

The League The Complete Series – Is Dad a fantasy football player? Does he like comedies? Well pick up this complete series set of the FX comedy starring Nick Kroll. A June 14th release date is perfect timing.

Ballers The Complete First Season – You can call the show the Entourage of the sports world and I’d be cool with that. I liked Entourage and I love Dwayne The Rock Johnson and Rob Corddry. Plus Mark Wahlberg executive produced both shows. The hit HBO show arrives June 14th just in time for those last minute Father’s Day shoppers.

13 Hours: The Secret Soldiers of Benghazi – Lately Michael Bay has been known for over the top, hard to tell who’s fighting who action films like Transformers, but 13 Hours is a toned down film. Don’t get me wrong, it’s still incredibly intense, but since it’s based on a true story, Bay handles the action realistically. It hit Blu-ray/DVD on June 7th.

10 Cloverfield Lane – John Goodman played one of the most iconic TV dads of all time, but in this sci-fi thriller, he’s more Kathy Bates in Misery than Dan Conner in Roseanne. Goodman and Mary Elizabeth Winstead are fantastic and the film hits Blu-ray/DVD June 14th just in time for Father’s Day.

The Martian Extended Edition – Revisit Mars with this new extended edition. Matt Damon and cast look even better in a 4K Ultra version as well. This new cut, with over 2 hours of behind the scene content, has been available since June 7th.

Independence Day 20th Anniversary Edition – Just in time to prepare you for the sequel, this pretty amazing box set has newly restored extended and theatrical versions of the film. Plus it has an alien ship replica! It’s been available since May 3rd.

Top Gun 30th Anniversary Steelbook – Somehow it’s been 30 years since Tom Cruise had the need, the need for speed. This anniversary edition looks flawless in HD. Maverick, Iceman, Goose and the rest of the crew also hit stores on May 3rd.

Synchronicity – Probably the least known film on the list, if Dad likes science fiction especially time travel, he’ll like this hidden gem. It’s smart without breaking too many of its own rules and feels like my favorite Peter Capaldi episode of Doctor Who (Heaven Sent, Season 9 Episode 11). This solid, little drama arrived on Blu-ray/DVD May 10th. 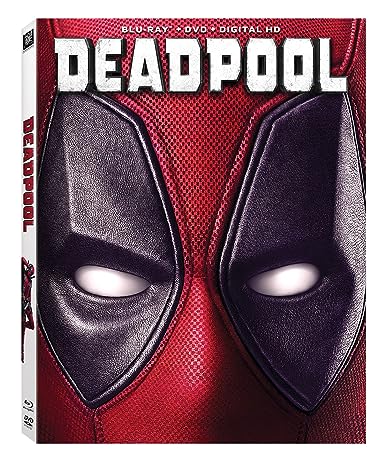 Deadpool – The best movie of the year is the best gift for the younger dad or the cool older dad. Ryan Reynolds captures the Merc with the Mouth perfectly. It’s laugh out loud hilarious and has great action. You can watch it a hundred times and find a new reference every single time. It flew out of stores on May 10th.

Some other big movies have come to Blu-ray/DVD since April that the old man might already own, but here’s a reminder just in case: