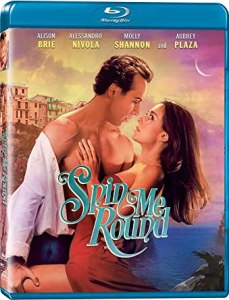 Up first this week is Spin Me Round. Despite starring Alison Brie, Aubrey Plaza, Molly Shannon and others, I had never heard of this comedy. After watching it, I understand why. Brie plays a manager of a franchise restaurant who is sent on a trip to Italy for doing such a fine job. There she expects to find love and enjoy food. Of course it’s not quite as advertised, but she meets the head of the franchises and thinks she at least fell in love. But something shady is happening and she’s determined to figure out what’s happening to missing people. It’s not nearly as entertaining as that comes across. Despite a great cast with other solid comedic talent, the film is lackluster. I was actually surprised at how dull it was despite being a fan of both Brie and Plaza. It’s not unwatchable and I’m sure others might be more entertained than I was, but I wanted this to be a surprise gem with lots of laughs. It just isn’t and I see why this sailed under most people’s radar. 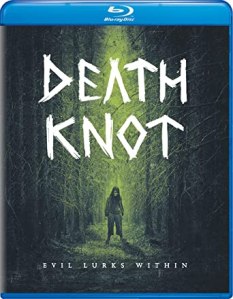 Second we have Death Knot which finds a brother and sister returning to their hometown after their mother hung herself. They both had dreams of the incident and neither really want to be there. The sister brings her boyfriend and quickly the three find out their mother wasn’t liked and the whole area might be cursed. The brother doesn’t believe in any of it, but things start going weird. It was decent enough, but I’m not a huge supernatural horror guy. It’s an Indonesian film so I didn’t recognize anyone in the cast, but thought the actors playing the brother and sister were good. It relies on jumpscares which I never find scary but I did like the concept more than I thought. If you are looking for a supernatural film you probably haven’t seen in the States, this might be for you.

Sticking with foreign horror, next is Speak No Evil. After finishing the film I jumped on the internet to find an explanation for the ending. I definitely didn’t get what others saw in the film. With a name like Speak No Evil I expected a horror film and it really isn’t. For most of the film it’s about two families who met on vacation. One family invites the other to their country for a weekend and the other says yes. Quickly the family realizes something is off yet sticks around for no reason whatsoever. The movie should never happen because normal people would have left rather quickly. Then the ending happens and it’s so out of left field. it’s a complete tonal jump compared to the rest of the movie and it somewhat explains what happened to one character. The problem is is that it’s so drastically different than the rest of the movie it feels out of place. The ending is the best part of the movie because at least something happens, but I can see it being a very divisive film to most people. 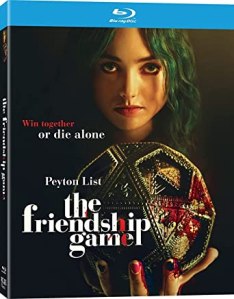 The Friendship Game isn’t quite what I expected either. I liked it more than the Speak No Evil, but can’t say I loved it. A group of friends buy a weird contraption at a yard sale and is told it will tell them whether or not they will remain friends forever. In a way it’s an anthology film telling all the friends’ deepest desires separately, but it all connects in the end explaining a disappearance of a friend. The only name I recognize in it is Peyton List, but I’m actually not that familiar with her either. It’s different enough to be watchable, but also feels like other friend game horror movies or even films like Unfriended and the like. It’s not a big budget film, but I don’t think it suffers from that. It is one of those movies you watch, don’t find anything overly wrong with, but also don’t know if you can recommend it to others who don’t like this sort of subgenre.

Last we have Voodoo Macbeth. Based on a true story, it’s about a young Orson Welles who is hired to direct an all-black production of Macbeth. Welles reimagines the play in Haiti and makes it geared towards a black audience. Funding is pulled and sides clash, but Welles is able to put on his production of Shakespeare featuring all black actors. It’s a pretty interesting story I just wish the film was a bit better. The actor playing Welles didn’t quite work for me. He didn’t capture his voice right to me and lacked the mannerisms and bravado we think of today with Welles. I knew nothing about the story so that helped hold my attention waiting to see how far along the production could get. It feels too by-the-numbers though which really hurt the overall film. But if you don’t know the story, the story is worth catching.