Hey guys & gals, I’m going to be honest with you, my 2022 sucked. Yeah a lot of people had a hard time this year with historically high gas prices and record high inflation, but I literally started off the year in the hospital. Yep when the ball dropped and the clock struck midnight, I was alone in a hospital bed. Three days earlier I went through a major operation and I spent the first few days of 2022 in Mass General Hospital. I spent the next few months recovering, going to doctors appointments, doing lots of tests and having lots of blood work done while taking handfuls of meds twice a day. Almost a year later I’m still not 100%. Did all that effect how I looked at things? Definitely and my 2022 reflects that. But this is a pop culture site so enough about medical stuff, let’s take a look at what I liked and disliked about the past twelve months.

You can’t start a pop culture article about 2022 without going straight to Top Gun: Maverick. Say what you will about Tom Cruise, but in Hollywood terms, he might be the last great movie star. TGM is my favorite film of the year. I saw it twice in theaters and it’s everything I wanted in a legacy sequel. Cruise gives a fantastic performance and they add in just enough new characters to keep it fresh yet it continues Pete “Maverick” Mitchell’s story perfectly. There’s a realistic love interest in Jennifer Connelly and an unbelievably powerful scene with Val Kilmer. It was a box office juggernaut that brought people back to the cineplex. Tom Cruise might have single handedly saved movie theaters after COVID lockdowns.

If Tom Cruise is the King of 2022’s box office then the breakout star of 2022 is Austin Butler. He is masterful as The King himself, Elvis Presley, in Elvis. I may have issues with the movie (Tom Hanks I’m looking at you), but there is no doubt that Butler earned himself a spot at the big boy’s table with his portrayal. He is garnering all sorts of award nominations and deservedly so as he easily has one of the top performances of the year. Somewhere right now Butler is still doing the Elvis accent and I am very much OK with that. The ’68 Comeback Special in the film is worth the price of admission alone.

Despite sequels in the Scream and Halloween franchises, 2022 was a huge year for smaller budget horror flicks. The Black Phone, X/Pearl, Barbarian, Smile all did well at the box office or at least captivated audiences. Mia Goth continued her climb to being THE scream queen in X and with her award worthy performance in Pearl. But if there is one indie horror film that outperformed all expectations, it’s Terrifier 2. The $250k budget horror film made over $12 million at the box office and has an 85+% approval rating on Rotten Tomatoes. 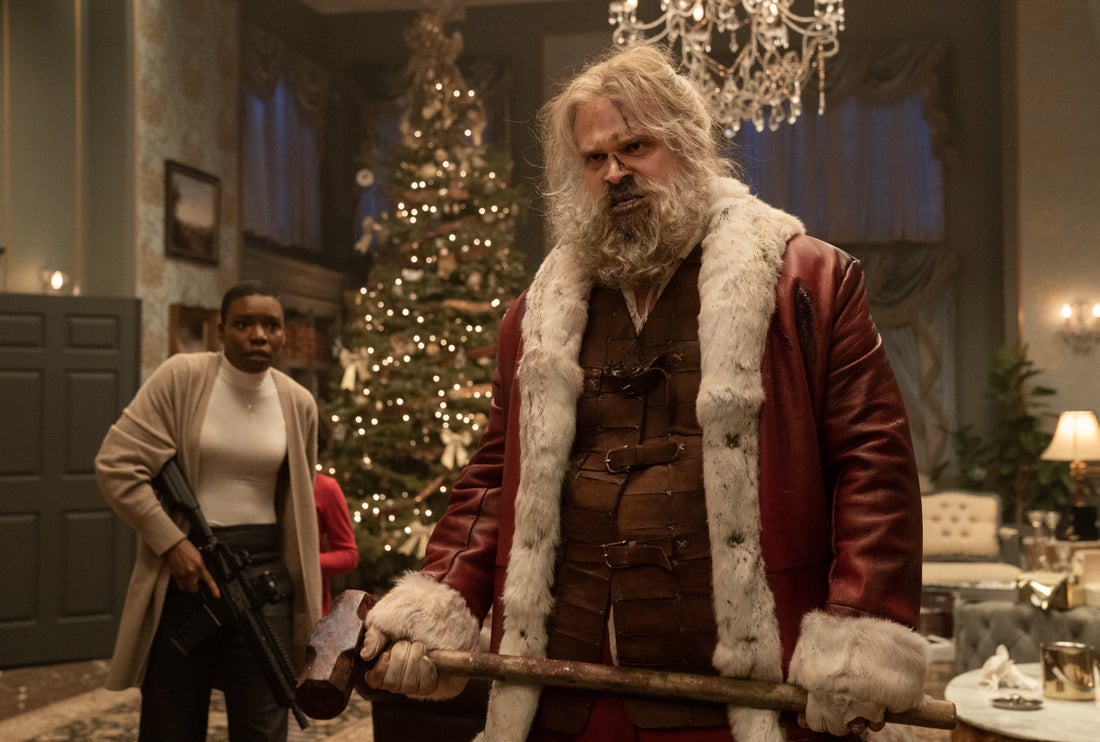 Somehow 2022 was a great year for Christmas movies. We got two really good and totally opposite Christmas movies with the Ryan Reynolds and Will Ferrell starring Spirited and the David Harbour starring Violent Night. Spirited is funny, highly entertaining and musical. Violent Night is funny, highly entertaining and violent. Reynolds and Ferrell put a new twist on A Christmas Carol with song and dance routines and lots of heart. Violent Night combines Home Alone with Die Hard and Bad Santa and both films will easily be yearly rewatches for me. 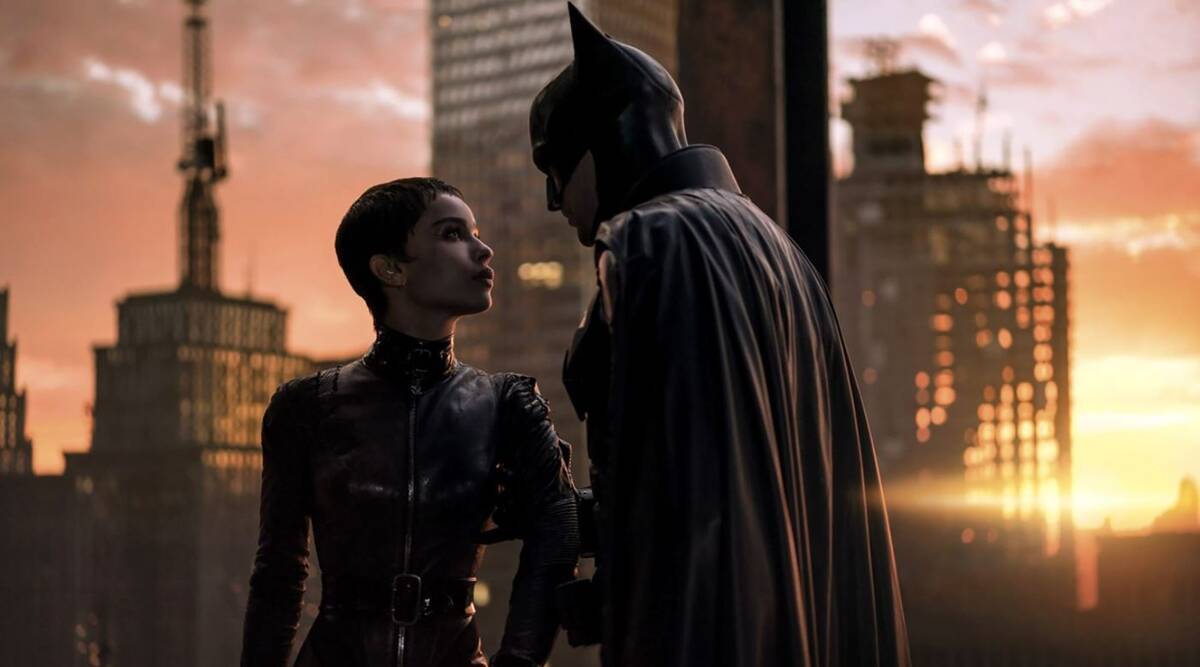 Comic book movies have become a movie going staple and 2022 saw a slew of them. We all like to pretend Morbius doesn’t exist, but it was also a disappointing year for other Marvel characters. Black Panther: Wakanda Forever is doing alright, but isn’t the box office king the first film was. Thor: Love and Thunder, despite a great performance from Christian Bale, is nowhere near as beloved as (the overrated) Thor: Ragnarok. I liked Doctor Strange in the Multiverse of Madness a lot more than others because of Sam Raimi’s influence, but shockingly my favorite comic book movie this year might be The Batman. I don’t know if I even genuinely liked it, but the fact that I didn’t hate it surprises me. I love the noir vibe, the direction and score and Robert Pattinson is decent as Batman. He doesn’t do much in terms of Bruce Wayne, but the fact that I’d consider rewatching it is pretty shocking because I usually don’t say that about DC films of late.

Some other positives for 2022 include The Menu, Cha Cha Real Smooth, The Unbearable Weight of Massive Talent, The Bob’s Burgers Movie, The Adam Project and Thirteen Lives. I wanted to love The Banshees of Inisherin more, but it’s still good enough to be a top 10 film of 2022. My favorite documentary of the year is Send Me about a group of veterans who went to Afghanistan on their own time and dime to rescue Americans and Afghani allies when our government gave up on Afghanistan. These dozen or so individuals saved over 12,000 lives doing what they believed to be the right thing.

The biggest surprise of 2022 might be how disappointing the films of big named directors are. Steven Spielberg’s latest film The Fabelmans, a sort of biopic about his childhood, is a major box office disappointment. Critics and award voters love it, but it’s an absolute bust at theaters. I liked the film when it’s about the Spielberg inspired boy, but all the family scenes are a waste of time and other than the lead actor, everyone else in it is bad.

David O. Russell whose films The Fighter, Three Kings, Silver Linings Playbook and others I really like released a film starring Christian Bale, Margot Robbie, Robert De Niro, John David Washington, Mike Myers and more and I never want to see it again. Amsterdam was a major disappointment considering DOR usually lands Oscar nominations as does most of his cast. It lost a fortune.

Damian Chazelle was 3 for 3 with Whiplash, La La Land and First Man, but then he gave us Babylon. Another film that critics and award voters will praise, I pretty much hated it despite starring Brad Pitt, Margot Robbie and others. A movie about old Hollywood and the transition from silent films to talkies should be something I love, but other than the music, it’s not good. It might even have the worst ending in film history.

Sam Mendes released Empire of Light this year and everything about it is brilliant besides the actual story. It’s acted wonderfully. It’s shot beautifully by Roger Deakins. It has an amazing score by Trent Reznor and Atticus Ross, but the story itself is very weak. The trailers made it seem like a love story about film, but it’s more about mental health and racism in early 1980s England. Mendes is another director who usually gets nominations and wins for his films.

Like the other previously named directors, Darren Aronofsky tends to release a movie that instantly lands him award nominations. His latest, The Whale, has two great performances, but the film itself isn’t good. Brendan Fraser’s performance deserves all the hype he’s been getting, but the daughter character is so bad there is nothing redeeming about the film. Hong Chau is just as good as Fraser and is my Best Supporting Actress of the year, but the daughter’s actions and attitude bring the entire film down and it should have stayed as a stage show.

As for TV, well I don’t watch a ton of TV. Not in the d-bag hipster “I don’t even own a TV” way, but more in the “I’m at the movies most nights or at least I am watching movies at home I need to review” way. My favorite new show of 2022 is The Bear. I had heard good things and sat down to binge it one weekend and totally dug it. Jeremy Allen White stars as a fine dining chef who returns home to Chicago when his brother kills himself. He takes over the brother’s sandwich shop that has all the characters you expect in a Chicago sandwich shop. It’s funny. It has heart. It’s relatable. Will I be watching season 2? Yes chef!

Black Bird was my favorite limited series of 2022. Starring Taron Egerton, Paul Walter Hauser, Sepideh Moafi, Greg Kinnear and Ray Liotta, it was created by Dennis Lehane based on a true story. Egerton plays a former football star who gets into trouble with the law and takes a deal to reduce his sentence by befriending a serial killer (Hauser). The feds need to know where the bodies are buried and they think Egerton’s charismatic personality can persuade Hauser to give up the details before a mistrial might get him released. Both leads are fantastic and it keeps you guessing during its limited run.

I also enjoyed Chris Pratt in Amazon’s The Terminal List, but honestly forgot that was this year. 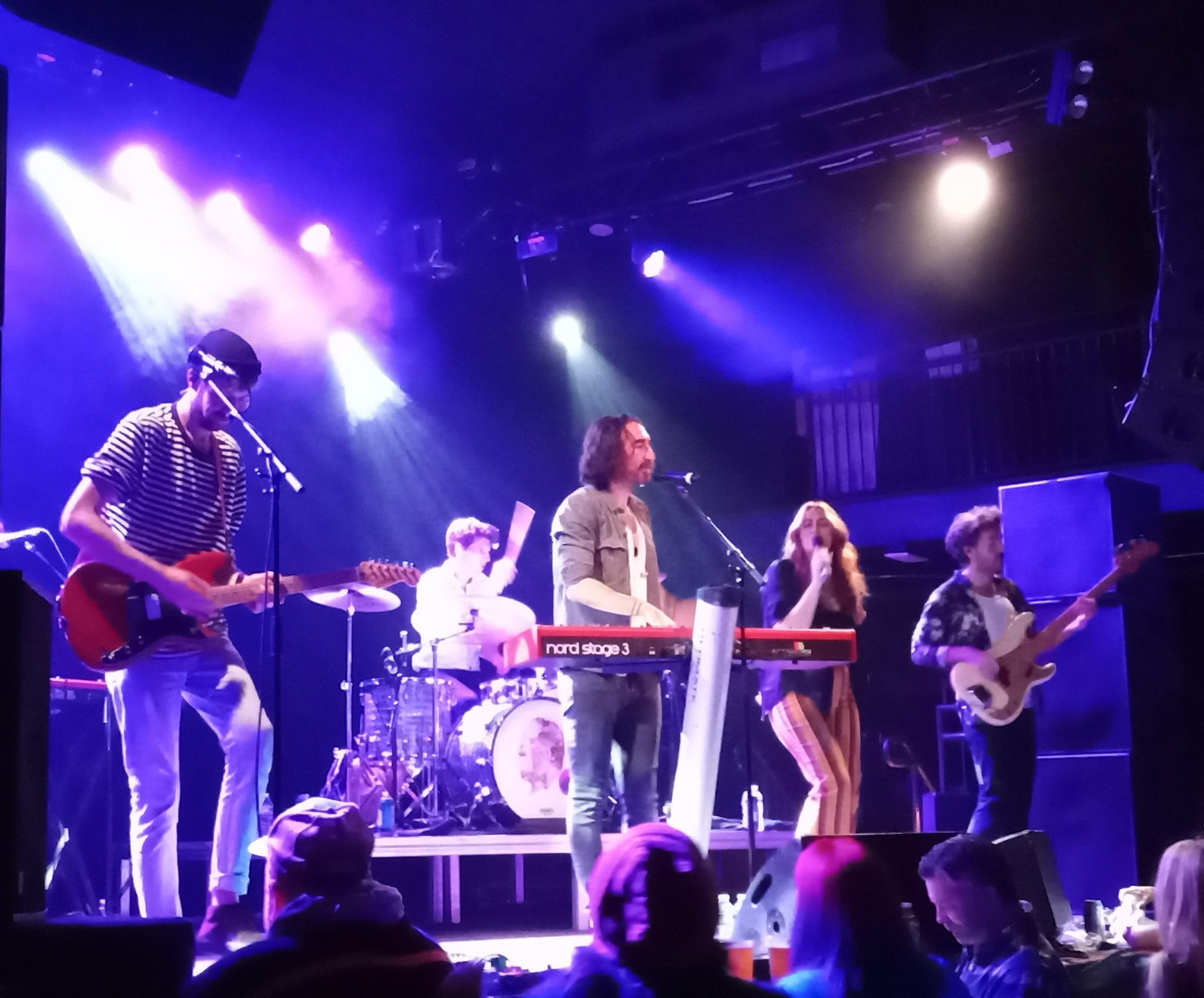 Like TV, music is something I’m not up to date on. There’s only one or two albums from 2022 that I’ve listened to and the best is Time Stopped from The Coronas. The Irish band was the first post-COVID lockdown concert I went to this year seeing them along with opening act Roisin O in November. Time Stopped has some great songs like “At Least We’ll Always Have LA”, “Getaway Car” and “Time Stopped”, but my favorite is “Take Me With You If You’re Leaving”. I’m actually not even sure if the album is available yet here in the States, Amazon shows it being released January 2023, but you can listen to it online and I grabbed a copy at their show along with Roisin O’s Courageous.

Hopefully as I move beyond my medical issues 2023 will be a better year. Creed 3 looks good. I’m looking forward to Guardians of the Galaxy Vol. 3 and Tom Cruise could very easily dominate the box office again with his next Mission: Impossible film. Hopefully my attention span gets better and I can get back to reading more books. Tim Kennedy’s Scars and Stripes: An Unapologetically American Story of Fighting the Taliban, UFC Warriors, and Myself was the only major book released in 2022 that I read because I struggled to sit down and concentrate long enough. I guess we’ll have to wait and see what 2023 brings.