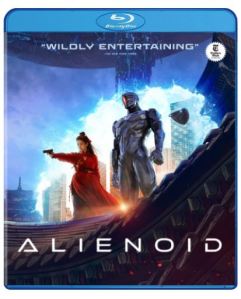 Not much for us this week so up first is Alienoid, a sci-fi fantasy/period piece. Overall I liked it, but I do think it spent a bit too much time in the past. The story is about two aliens who keep an eye on alien prisoners who are trapped in human bodies without the humans knowing. These prisoners try to escape and it’s these two other aliens’ job to track them down and capture them again no matter where or even when. It’s a cool concept and again overall it worked for me. It time jumps from current day to the past and I think it loses steam during the past sequences. It spends a lot of time on different characters then and a blade and feels like too many other Asian fantasy period pieces at that point. It eventually explains why it spends so much time in the past and there is a twist that I did see coming. The costuming is solid as are the effects. It has an open ending for a sequel which I will watch when it comes my way I just wanted a bit more from it. Cut about 20 minutes from the past sequences and a few characters and I like it a lot more. Still if you want some fun genre mixing with sci-fi elements in the past, check it out. 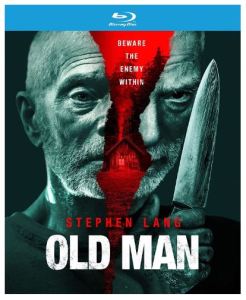 Second we have Old Man starring the royally underrated Stephen Lang. Lang plays a recluse in the woods where a hiker gets lost and knocks on his door. The film becomes a back & forth between Lang and the hiker and you never quite know if one or both are being upfront. You think Lang might kill the man or the man might have his own agenda. Then it takes a turn which I did see coming and it becomes more of a psychological thriller. Lang is good and the single location works well I just wanted more from it. Once you see it turning it also loses steam because it becomes more of a mental mind game than potential slasher. I do like Lang a lot so I’m glad this one came my way at least. 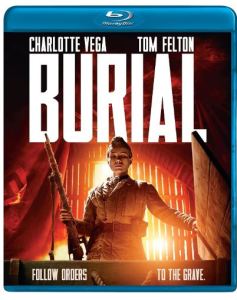 Third we have Burial, a film that takes place at the end of World War II. At first you don’t realize that because it’s modern day and a man breaks into a woman’s house. Unfortunately for him there is much more to this woman and she shares her story with him. The Russians want proof that the war is over and a small group of soldiers are tasked to provide that proof. Not everyone knows what they are carrying and even then some don’t believe it. German soldiers want to stop them and a group of Werewolves (soldiers in the woods) try to stop the Russians from delivering their package. It’s pretty good and Charlotte Vega is good in the role. Tom Felton from the Harry Potter franchise is also in it. You can make guesses at what the soldiers are carrying and for a film I knew nothing about, it was a pretty decent watch.

Last we have Star Trek: Discovery – Season Four. Four seasons in and I’m still not quite sold on this show. There are things I like about it, things I don’t. Season Four brings in a space anomaly that is causing chaos and destruction across the galaxy. A space station is sent spinning out of control and the crew must investigate. A planet is then destroyed and a barren moon is next on the list. As the anomaly moves they realize it’s not natural and continue their efforts to stop it. A weapon is created to fight the anomaly but it’s first voted on to make contact with it. The entire season is about this anomaly and its creators and overall isn’t a bad season. I just wish I enjoyed the show more. Any Star Trek series should be one I’m eager to get to, but I don’t love these characters. The writing and storytelling are good though.