Two years of stalking the streets as the Batman (Pattinson), striking fear into the hearts of criminals, has led Bruce Wayne deep into the shadows of Gotham City. With only a few trusted allies—Alfred Pennyworth (Serkis), Lt. James Gordon (Wright)—amongst the city’s corrupt network of officials and high-profile figures, the lone vigilante has established himself as the sole embodiment of vengeance amongst his fellow citizens. When a killer targets Gotham’s elite with a series of sadistic machinations, a trail of cryptic clues sends the World’s Greatest Detective on an investigation into the underworld, where he encounters such characters as Selina Kyle/aka Catwoman (Kravitz), Oswald Cobblepot/aka the Penguin (Farrell),Carmine Falcone (Turturro), and Edward Nashton/aka the Riddler (Dano). As the evidence begins to lead closer to home and the scale of the perpetrator’s plans becomes clear, Batman must forge new relationships, unmask the culprit, and bring justice to the abuse of power and corruption that has long plagued Gotham City. 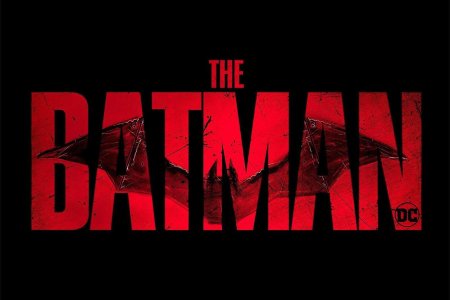 The Batman is really good. It’s a lot better than I thought it would be because I’ve only liked one DC-based film in years (Shazam). Is it the masterpiece, 10/10 I’ve been seeing online? No. It has issues like all movies, but it has a lot more positives than negatives.

I’ll start with the positives and its two biggest are its style and its score. The film has a classic detective noir-ish vibe with narration by its star Robert Pattinson. The British actor handles the Batman voice quite well and provides solid voiceover work. The narration isn’t constant which I appreciate, but it certainly adds to the noir style of the flick.

It’s that noir vibe which I loved. It’s dark and gritty as any Batman movie should be and noir is a perfect style for a rundown Gotham. Original Batman comics came out in an era of noir so a film shot that way is genius. The Caped Crusader fits this era and style brilliantly with Matt Reeves painting a grim city filled with despair and a dark, vengeance filled Batman.

Then there is Michael Giacchino’s score. It is tense and relentless and drives the film. The score is just as essential as the direction, color scheme and actors. Mix in Nirvana’s Something in the Way and the film’s music is a character in itself.

Speaking of the cast, I thought Robert Pattinson handled Batman quite well. I was skeptical the Twilight star might not be able to handle action that well, but he does with solid help from the stunt team. His Bruce Wayne is a bit too emo-ish to me, but I’ll get to that soon. Paul Dano is an underrated actor and his The Riddler is quite the sociopath. Zoe Kravitz does a good job handling the duality of Selina Kyle/Catwoman who if you read the comics or seen other movies is a combination of good and bad and her odd relationship with Batman is brought to the big screen well. I also didn’t even recognize Colin Farrell as The Penguin.

It’s the Bruce Wayne side of the character that I have a slight issue with. We all know Bruce’s parents were killed outside a theater while he was a child and we never have to see that in a film again (this version only talks about it), but I do think Bruce is underdeveloped here. I understand the source material this movie is based on isn’t the regular source material previous films have been based on, but Bruce here is barely a character. He’s emo and brooding, but there’s no hint of the rich, playboy-esque Bruce Wayne. Other than his mansion, weapons and Batmobile, there isn’t anything showing him being that rich, charismatic, above the people type. I know the source material it’s based on, but I guess I’m used to a certain Bruce Wayne on the big screen.

The biggest issue is the runtime. The movie is almost 3 hours long. It holds your attention and the 3 hours went by quickly, but there really isn’t a need for this movie to be so long. There are a few scenes you could cut to get to the same ending and I think a 2.5 hour long movie would have been better.

The Batman will be the #1 movie at the box office for weeks especially with little competition at theaters. It’s worth seeing and I can see myself watching it again which I don’t usually say after watching DC films. People will claim it’s a masterpiece and that it’s as good as The Dark Knight, but I’m also not a Dark Knight fan so they can claim all they want. Fanboys will love it and Pattinson fans will love his performance. It will 100% get a sequel and it already set up its next villain.