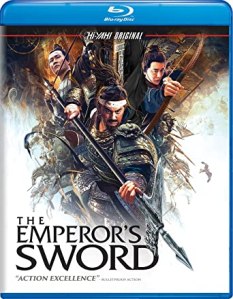 A couple of new releases this week and a few I received after their release date. Up first is The Emperor’s Sword. This Chinese period piece mixes action and history to tell the story of a deadly sword that had been separated into two pieces and once combined wields great power. The young daughter of a general is the only survivor of a raid and she must hide one sword from the rebels that defeated the emperor. The story is pretty irrelevant, you watch a film like this for the action, set design and costuming. It being a period piece you want the costuming and set design to stand out with great weaponry and buildings. The action is solid, but I’ve seen better. There are a ton of these types of films out there whether it’s period fantasy or period action (even some period horror). I didn’t mind watching it, but I don’t know if it separates itself from others in the genre.

Next we have The Early Films of Lee Isaac Chung. The director came to fame with Minari and this collection features three of his previous films. First is Munyurangabo which is about two African boys who set out to kill a man who killed the one boy’s father. The second boy first wants to stop at his family’s home in their small village. He hasn’t been back in years after leaving and butts heads with his father. He’s forced to work and help out, but the one boy gets frustrated and wants to leave in order to do what they set out to do. The father finds out and the two boys leave to kill the man. Second we have Lucky Life which is about 4 friends. Two are married and they go to a beach house to visit a friend and another friend who has cancer. The woman becomes pregnant and the film becomes about them and remembering their trip to the beach. I don’t know if I got the hidden meaning to the film. I clearly didn’t understand Abigail Harm either. Amanda Plummer plays a recluse who reads to blind people. She remembers a story and goes to an abandoned warehouse where she makes a wish and an Asian man is in a bathtub. She takes him home and wants him to be her companion. I think it was all in her head, but it went over my head for sure. If you liked Minari and haven’t seen these films, give them a try. 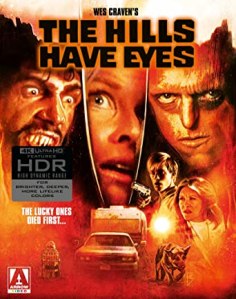 The Hills Have Eyes gets the 4K treatment this month. Wes Craven’s classic helped define early horror. The film was restored a few years back and although it doesn’t look pristine like a new 4K movie, it never looked that way in the first place. It is a gritty, low budget flick and it shouldn’t look perfect. Craven would go on to do A Nightmare on Elm Street and Scream, but I’ve always had a soft spot for this film about a family breaking down in the desert and running into a family of crazy people. I find it much more realistic than paranormal and shaky cam crap of today. It spawned a sequel and a remake, but as one of the genre defining early horror films, you need it in your collection. It’s packed with bonus features including multiple commentaries, alternate ending, outtakes and more. A must own for horror nerds.

Paw Patrol: The Movie came out last week and I’m clearly not the target audience, but I have a 3 year old great-nephew who absolutely loves the show. He had a Paw Patrol themed birthday party and he loved the movie. So even if I rolled my eyes at it, if a 3 year old loves it and wants to watch it again that day, that makes it worth it. Your family will love it if your kids like the show. Marshall, Chase, and all the other characters are there along with a new pup Liberty. It’s a great film for families to sit down and watch together. Adults won’t get much out of it, but it’s harmless fun for kids and that’s ok. Not every animated film needs to be for both adults and kids and it’s a good way to get your kids to sit down for a bit. The 3 year old loved it so if you have a 3 year old, pick it up.

The next batch of films come from Mill Creek Entertainment. First is the documentary Stripped: Las Vegas. When lockdowns closed down most of the world, places like Las Vegas were hit badly. Most of the businesses had to close or simply weren’t getting visitors because of the pandemic. This takes a look at some strippers and what they did to “hustle” when everything got shut down. Most were making good money stripping pre-Covid and a lot turned to online places like OnlyFans. Some taught pole dancing classes and one became a lifeguard back in California. It’s not groundbreaking material or anything, but it is good to see people who were hit by Covid restrictions no one really thinks about.

Next is a slew of Christmas themed love stories. These clearly aren’t for me but my mother and sisters watch all these types of movies so I tried to think of what they would like in them. All the movies are the same with pretty people, slight problems that will be solved with love and some laughable names like Brysen and Ariel. First is Christmas in the Pines. An attractive woman buys a cottage for the perfect Christmas getaway. But trouble comes when an attractive man believes he bought it as well. Both offers were accepted and now the first person to leave will lose the cottage. He brings in family to try to get her to leave. She brings in family for the same reason. Of course they will fall for each other by film’s end because that’s the point of these movies. 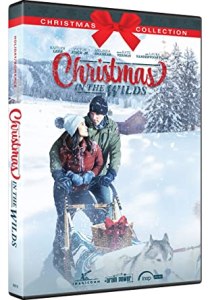 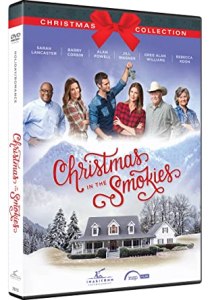 Christmas in the Smokies is a classic Christmas romance movie. A small town turned big country star returns home and his ex still hates him for leaving and you wonder if they will get back together. But on top of that, she could lose her family land to a bank foreclosure. Will she save her land? Will she fall back in love? What do you think? Sarah Lancaster of Chuck fame stars.

Christmas in the Rockies sees a woman ready to leave her small town life, but her father gets hurt and she must enter a lumberjack contest in order to win the prize money to keep the family business afloat. Of course the man who helped her father is attractive and the two are set up, but he’s also competing in the contest! Will chainsaw sparks be the only sparks flying? Of course not. You know how it goes.

Last we have Christmas on the Coast. A New York based writer is losing some spark after her last couple of books didn’t go so well. She has one book left to write and is convinced to go back to her small coastal town to get her groove back. She decides to write a book based on the small town people, but a new love interest might melt her heart while there.

Again none of these movies are for me, but my mother and sister would very easily binge them. I know enough of the tropes from my family and sat there waiting to checkmark them off when I watched!