This Review Roundup is a mix of a few new releases and some other titles I got late or couldn’t get to in time because of a medical issue I dealt with. Up first is The Rifleman. Based on a true story it was Latvia’s Official Oscar Entry at the 93rd Academy Awards. It’s about a farm boy turned soldier during World War I. Adapted from the book by Aleksandrs Grins, which was banned in the Soviet Union, it’s about a teen who was a bit young to join the war, but got pushed through and we see the horror of war through his eyes. We see his training, him in battles, trying to find love in the middle of everything. He is joined by his father, who should be too old for war and his brother. It was pretty interesting seeing war through another country’s perspective, but it definitely felt like other war stories. I don’t know if I’d watch it again, but I understand why it was a hit in its native country for sure. 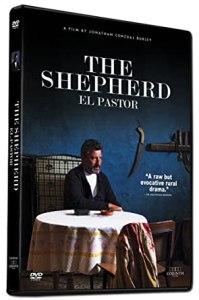 Second we have The Shepherd.  Another movie we’ve definitely seen before, this is about a shepherd who lives a simple life. He has a small home, a dog and he tends to his sheep. He doesn’t need much, but a bit of food and wine. A development company wants to buy his land and the land around it and his neighbors agree. He’s not interested in selling, but his neighbors are in debt and push him to sign. They get violent, but ultimately he fights back. The lead actor holds your attention throughout and despite a story that’s been told before, it’s a good watch. 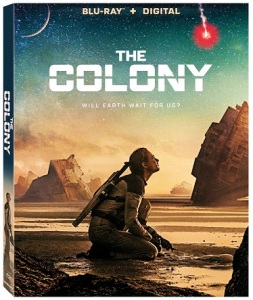 Sticking with the theme of movies we’ve seen before, third we have The Colony. It’s a sci-fi flick where humans have left Earth because we’ve destroyed it, live on another planet then go back to Earth to see if it’s habitable again. The first mission was lost and the second mission crashes. At first there are two survivors, but they realize they aren’t alone. The Earth itself had survivors and take the 2 prisoner. One dies and it’s up to the female to free herself and complete her mission. The people aren’t like her and live on land when the water recedes, but soon she learns there are others who are attacking. There’s a twist on who is leading the one group, but you should figure that out. It’s not groundbreaking or anything and it’s story done before, but it’s good for a watch.

Next is Final Set about a one time tennis prodigy making a comeback after a disappointing career. He never lived up to his potential, but enters the qualifiers to try to get into the French Open. His wife and mother want him to retire and move on, but he still thinks he can play and earn money. I don’t know if I’m familiar with the lead, but he’s good. Kristin Scott Thomas is the only one I recognized in the film, she plays the mother who runs a tennis camp. You kind of expect it to go the way it goes, but it’s still enjoyable enough for a watch.

The Stand Double Feature which includes the original mini-series and the 2020 version came out earlier in the month. I hadn’t seen the 1990s version since probably the 1990s and it stars Gary Sinise, Rob Lowe, Molly Ringwald and more. It looks very dated watching it now with some laughable special effects like God’s Hand at the end and the facial transformation of Randall Flagg. Tom Cullen is called the “R-Word” multiple times which wouldn’t be allowed on TV nowadays. The 2020 version looks better and stars Whoopi Goldberg, Alexander Skarsgård, James Marsden and more. It definitely feels updated and has better effects, but like most Stephen King adaptations, it still doesn’t feel 100% right. The original is around 6 hours long with the 2020 version around 8 hours, they are as long as a King novel. If you are a fan of King try it out.

The next batch of releases come from Mill Creek Entertainment and I’ll start with their always fun Retro VHS Covers. If you aren’t familiar with this series, it’s older movies with slipcovers that look like VHS tapes you would have seen at the video store. I think they are super cool. First is Kull the Conqueror starring Kevin Sorbo. I’ve always had a soft spot for this 1990s sword & sorcery film even though it really isn’t good. It has questionable CGI by today’s standards and the script is pretty laughable. But I still find it entertaining. Sorbo made a name for himself swinging swords and axes back then so if you liked those roles you’ll like this one as well. It’s really not good, but I still have fun with it. 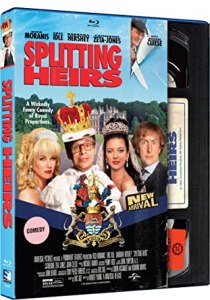 Next is Splitting Heirs. It stars Rick Moranis, Eric Idle, John Cleese, Barbara Hershey and Catherine Zeta-Jones. Moranis is an American who thinks he’s a duke in Great Britain because as a child, the baby was kidnapped and he was raised to be that baby. It turns out Eric Idle might be the true heir and he wants what’s his. Cleese suggests taking out Moranis and he’s does funny things to try to kill the duke. Zeta-Jones is the golddigger who wants to marry Moranis for his money. Hershey is the mother of the child. It’s pretty slapstick-y as you expect from guys associated with Monty Python. I hadn’t seen it in decades and although everyone in the cast has done better work, it’s still pretty entertaining.

Next is Renegades starring Kiefer Sutherland and Lou Diamond Phillips. Sutherland plays a cop who goes undercover and gets caught up in a diamond heist. They also steal a Native American spear which Phillips was giving to a museum. Phillips thinks Sutherland is part of the gang of thieves and catches him after he’s shot. He tells him he’s a cop and they team up to take down the crime syndicate and get back the spear. It also stars a young Robert Knepper and it’s another film I hadn’t seen in decades. It’s not great but the pair have good chemistry. It’s also before they used CGI for everything so there’s some good action with cars crashing and the final shootout is good too.

Casual Sex? is the last of the Retro VHS releases. It stars Lea Thompson, Victoria Jackson and Andrew Dice Clay. It’s based on a stage show so there’s lots of talking to the audience. Thompson plays a bit of a promiscuous woman who wants to change her ways because of AIDS. Jackson is more the shy type whose wedding is called off. They go to a retreat and meet different men and others. It’s very dated of course, but Thompson and Jackson are watchable. Dice Clay pretty much plays himself. I don’t know if I had ever seen it before to be honest, but I’m sure it has fans.

U-571 is a solid submarine movie with a cast that includes Matthew McConaughey, Bill Paxton, and Harvey Keitel. The crew of a submarine must pretend to be Nazis and enter a Nazi U-boat, locate the top-secret decoding device and sink the sub before being caught. It’s a solid World War II film that is elevated by its cast. I’ve seen Crimson Tide more, but rewatching it forgot that I enjoy this movie as well.

Next is Romance in the Wilds. If you like Hallmark and Lifetime movies this is for you. It’s about a vet turned forest ranger who is showing around a big businessman who wants the land for development. The ranger doesn’t know there’s an attractive female researcher at the one camp and she must leave because all the land is being bought up. She refuses and when a fire breaks out, the ranger goes to rescue her, but they get grounded with her dog and of course fall for each other while fighting off bears, the fire and more. You 100% expect where the film is heading and it’s something my mom and sisters would watch. 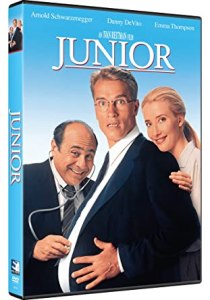 Junior gets a new release as well. The follow up to the better Twins, Arnold Schwarzenegger and Danny DeVito reteam as doctors who develop a new drug to make pregnancies better, but the government wants them to shut down. They impregnate Schwarzenegger and the hilarity ensues. It’s nowhere near as good as Twins, but it has some laughs. It’s pretty dated as well, but I did laugh at some stuff despite not having seen it in years. 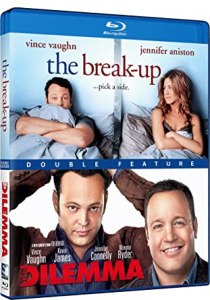 Vince Vaughn has a Doubleheader out with The Break-Up and The Dilemma. I like The Break-Up a lot and it’s one of the romcoms I’ve watched multiple times with Vaughn and Jennifer Aniston having great comedic chemistry together. I always found The Dilemma disappointing. With Vaughn and Kevin James it should be funnier, but it’s not. Vaughn’s character sees James’ character’s wife kissing another man and looks into it. There should be a lot of laughs along the way but it doesn’t work well for me.

Hawthorne: The Complete Series stars Jada Pinkett Smith as Richmond Trinity Hospital’s Chief Nursing Officer Christina Hawthorne. She doesn’t play by the rules and puts the patients first while taking on doctors and administrators. It ran for a few seasons, but it wasn’t something I was into. It’s like House, but with a nurse instead of a doctor. If you were a fan then pick up the complete series box set today. 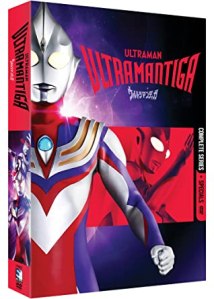 Last we have Ultraman Tiga – The Complete Series. This ran for 2 seasons in the mid 1990s and was the return of Ultraman after 15 years of no new shows. Set in an alternate universe in the early 2000s, monsters and aliens start appearing. An organizing,  TPC (Terrestrial Peaceable Consortium), is created along with its branch, GUTS (Global Unlimited Task Squad). They learn of the Pyramid of Light where they find 3 statues of giants. Two are destroyed, but the one giant is released, merges with a character named Daigo and they begin their adventures as Ultraman Tiga. I prefer the campy original Ultraman series, but this one isn’t bad. It ran for over 50 episodes and looks very 1990s like Power Rangers. If you collect all the Ultraman series, pick up this one.