Mill Creek Entertainment is the home entertainment industry’s leading independent studio for Blu-ray, DVD, and digital distribution and because of that, they release some great hard to find flicks, solid collections and are one of the better complete TV series distributors around. And usually their products are at prices the average person can afford to pay to add to their collection. This week they release some great action films and dramas in solo packaging and collections. Some have been released before, but it might be their first time on Blu-ray or in a collection. 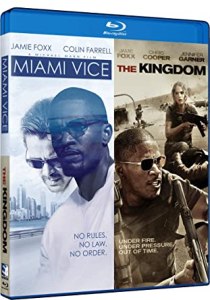 First is a Miami Vice/The Kingdom Double Feature. Based on the hit 1980s TV show, Miami Vice stars Colin Farrell and Jamie Foxx as Crockett and Tubbs directed by Michael Mann. The film remake disappointed at the box office, but I’ve always liked it. Sure it’s drastically different than the 80s TV version, but Farrell and Foxx are great together. It lacks the comedic element of say Bad Boys, but I think the action and drama are better. If you haven’t seen it in a while, give it another chance. It has all of Mann’s trademarks and you might be pleasantly surprised now. The Kingdom also stars Foxx along with Jennifer Garner, Chris Cooper, Jason Bateman and more and comes from director Peter Berg. It is about a bombing of an American housing compound in Saudi Arabia. An elite team is sent there to investigate the bombing and get involved in all kinds of trouble. I’ve always liked it, but it also disappointed at the box office. If you are a Jamie Foxx fan, this is a good double feature of under-the-radar films. 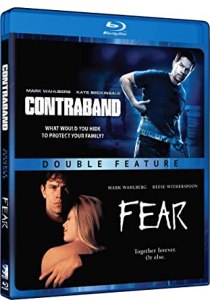 There is also a Mark Wahlberg Double Feature out this week containing Contraband and Fear. Other than both starring Wahlberg, both films are drastically different. Contraband sees Wahlberg as a former smuggler who must do a job to get his brother-in-law out of hot water. Kate Beckinsale, Giovanni Ribisi and Ben Foster also star. It’s not a slam dunk action flick, but I’ve always liked it. Fear is one of Wahlberg’s earliest films and he’s the bad guy in this one! Reese Witherspoon plays a teen who meets Wahlberg’s character and thinks he’s perfect, but he has a bad past and soon she’s dealing with his obsession. It came out in 1996 and to this day everyone remembers that roller coaster scene. Wahlberg is usually the good guy in most of his films and this film always makes me wish he would do darker roles again. 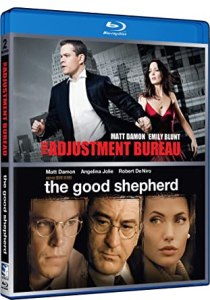 Sticking with Boston actors, Matt Damon gets his own double feature this week as well with The Adjustment Bureau and The Good Shepherd. Based on a Philip K. Dick short, The Adjustment Bureau stars Damon as a politician and Emily Blunt as a dancer who fall for each other, but forces fight to keep them apart. It’s a sort of time travel movie and is one of the better Dick adaptations. It’s flown under-the-radar since its release and I’ve always liked it and it’s one of the first times I remember seeing Blunt. It was only a marginal hit worldwide. The Good Shepherd is directed by Robert De Niro and stars Damon, De Niro, Angelina Jolie, William Hurt, Alec Baldwin and many more. It involves the early days of the CIA, the Bay of Pigs, the emergence of the Cold War and more told through flashbacks. It’s good, but it’s also excessively long. It’s also only the second movie De Niro has ever directed behind A Bronx Tale. 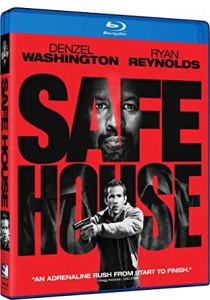 Despite starring Ryan Reynolds and Denzel Washington and having a supporting cast of Brendan Gleeson, Vera Farmiga, Robert Patrick and more, Safe House is another film people seem to have forgotten. Reynolds plays a rookie CIA agent tasked to look over a fugitive (Denzel) at a safe house, but it gets overtaken and the two go on the run. I think it’s a much better movie than The Hitman’s Bodyguard yet that just got a sequel. Denzel is Denzel of course, but Reynolds was coming off the disaster that was Green Lantern and people weren’t sure of him. I’ve always enjoyed the film and if you haven’t seen it, I recommend it. 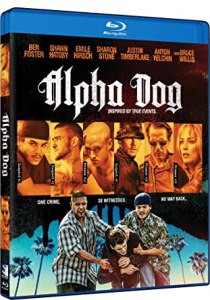 Alpha Dog is a 2006 film starring Bruce Willis, Sharon Stone and a slew of young actors of the time including Ben Foster, Shawn Hatosy, Emile Hirsh, Vincent Kartheiser, Justin Timberlake, Olivia Wilde and the late Anton Yelchin. It’s about teens, drugs, partying and a kidnapping. I know people who love this movie. I know people who hate this movie. I’m more on the fence about it. There are things I like about it and things I would change. But you can’t argue that it definitely foreshadowed some future talent like Foster, Wilde and Hirsh. If you aren’t familiar with the film I definitely recommend giving it a try. 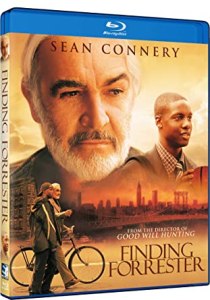 I’ve always had a soft spot for Finding Forrester. Starring Sean Connery as a reclusive author who befriends a young man (Rob Brown) who is an all star basketball player who because of his grades gets into an elite prep school. It comes from director Gus Van Sant and you see a fantastic bond form between the much older and reclusive Connery and the young, wide-eyed Brown. The acting is top-notch and it’s a charming, touching drama. 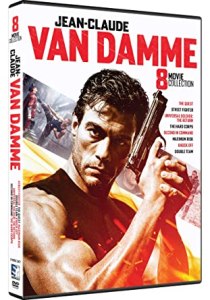 Going back to film collections, Mill Creek has out a Jean-Claude Van Damme 8 Movie Collection. The films are The Quest, Street Fighter, Universal Soldier: The Return, The Hard Corps, Second in Command, Maximum Risk, Knock Off and Double Team. At one point in time JCVD was one of action’s biggest names and I’ve always enjoyed his work. Street Fighter is based off the video game obviously and makes the collection worth owning because of the amazing, over-the-top performance from Raul Julia. Double Team is the infamous film with Dennis Rodman. I enjoy the Universal Soldier franchise so having The Return is nice. Maximum Risk is the one he plays twins. Knock Off is the film he did with Rob Schneider. Sure Bloodsport and Kickboxer are his best films, but if you like his movies, you’ll love this collection. 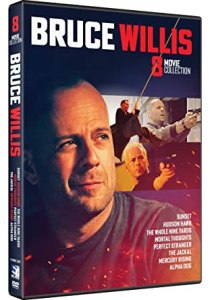 Speaking of former big action stars, Bruce Willis gets an 8 Movie Collection this week too. His collection features Sunset, Hudson Hawk, The Whole Nine Yards, Mortal Thoughts, Perfect Stranger, The Jackal, Mercury Rising and Alpha Dog. Hudson Hawk is a film people love or hate. The Whole Nine Yards is an underrated comedy that also stars Matthew Perry, Michael Clarke Duncan, Amanda Peet among others. Perfect Stranger is the film Halle Berry goes undercover to prove Willis is her friend’s killer. Willis plays the Jackal, an assassin worldwide agencies are out to get with help from an IRA agent played by Richard Gere. Mercury Rising sees Willis an outcast FBI agent tasked at protecting an autistic boy who cracked a top secret code. The Die Hard franchise will always be his best work, but some of these are fun and entertaining and make for a solid collection. 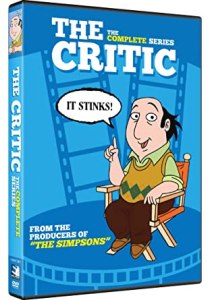 Last we have The Critic: The Complete Series. The short lived series starred Jon Lovitz as an animated movie critic. Sort of a spinoff of The Simpsons because it was created by Simpsons writers/producers Al Jean and Mike Reiss. It also featured voice actors who worked on The Simpsons. I loved the show and watched it when it first aired in the 1990s on multiple networks. Yep despite being a cult favorite, it changed networks constantly going from ABC to Fox to Comedy Central and even UPN. It is the only show Gene Siskel and Roger Ebert ever appeared in because it was about film critics. I thought it was genius and it’s a series I can see myself binging over and over again through the years. I’m happy to have all of it in one collection now.