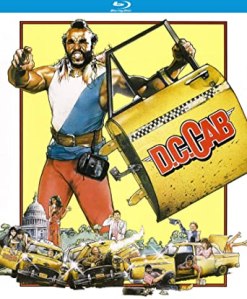 Mostly older things hitting Blu-ray for us this week and two new releases. Up first is DC Cab. I remember seeing this Joel Schumacher comedy as a kid because it had Mr. T in it, but I probably haven’t seen it in over 30 years. Besides Mr. T the film stars Gary Busey, Adam Baldwin, Bill Maher, Paul Rodriguez, The Barbarian Brothers (who will appear again next), Irene Cara and more. It doesn’t quite hold up nowadays, but it’s always fun watching non-PC comedy that would never get made today. It’s about a down on its luck cab company in DC that tries to get back in shape when a violin is left in one of its cabs. They don’t get the reward they expect so Adam Baldwin throws what money he has into the company to save it. It’s not great and has more of a cult following so if you are a fan, this new Blu-ray looks and sounds good (it has a very 80s soundtrack) and comes with commentary. 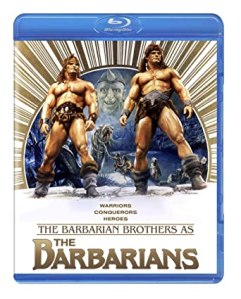 The Barbarians is a 1987 sword and sorcery fantasy film starring The Barbarian brothers, two super jacked twin brothers who appeared in some films during the 1980s. Directed by cult filmmaker Ruggero Deodato, it’s about twin brothers who travel with a group of people allowed to roam freely and entertain. The young queen possesses a ruby that allows them to go about. But one day the evil Kadar stops them, takes the queen as his prisoner and separates the two boys. They grow up and realize each other is still alive and escape to free their queen. It’s a hot mess, but it’s also a lot of fun. Everyone wanted to copy Conan and The Beastmaster and a lot of similar films got made. I remember this one somewhat from my childhood, probably because of the twins. I’m sure it has a cult following also and this new Blu-ray comes with commentary as well. It’s pretty laughable today, but it’s also a lot of fun. If you like sword & sorcery films of the 1980s and don’t mind some cheese, definitely pick this one up. 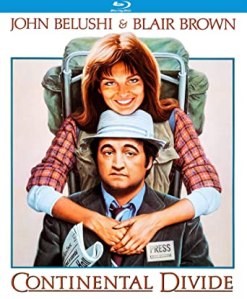 Third we have Continental Divide. This 1981 comedy stars the legendary John Belushi as a Chicago reporter who is sent to the Rockies to interview an eagle expert after stirring up some trouble back in Chicago. It’s the classic fish-out-of-water comedy trope with the city boy not knowing much about the outdoors and the reclusive ornithologist wanting nothing to do with the reporter. Until they bond and get close of course. It’s not one of Belushi’s best and I’ll be honest, I had never even heard of it. Written by Lawrence Kasdan and produced by Steven Spielberg I expected a bit more from it. Maybe it doesn’t hold up well, I’m not sure, but something about it fell flat. Belushi is fine, but I wanted more. It comes with commentary on the Blu-ray. 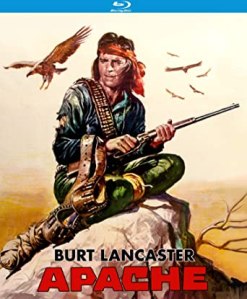 Next is Apache, the 1954 film starting Burt Lancaster as an Apache Indian. Yep red face and all. I don’t judge old movies by today’s standards, but people of today will definitely be “outraged” at white actors wearing red make up to look native. If you don’t care, great, neither do I. The film is about the Apache people being trained up and shipped to Florida, but one warrior (played by Lancaster) escapes and tries to get back to his land. Along the way he meets up with a Cherokee and tries to stay one step ahead of the US Cavalry. It’s pretty classic Western filmmaking, but flips the switch by having the Indian as the protagonist. I’m sure I’ve seen it before, my parents watched all these movies when I was a kid, but I didn’t remember it. Lancaster was super buff for the time. He does a shirtless shootout and he had abs! I guarantee there are fans of the film and it looks and sounds good on Blu-ray. 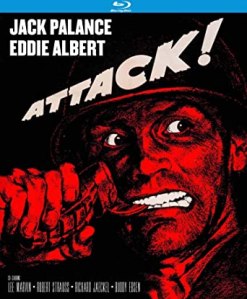 Attack is a World War II film from 1956 starring Jack Palance, Lee Marvin, Eddie Albert, and more. Palance plays a lieutenant who loses a bunch of men when Albert’s captain is too scared to send in himself and his own men to help. Palance and his men are then sent to a small village to see if there are Germans there and they get pinned down in a house with German soldiers and tanks. The captain again is too scared to fight and Palance comes back wanting revenge. When the Germans march forward, Palance and what’s left of his group must hold down the fort while wanting to take care of the captain. It’s a pretty solid flick and one my parents remember watching. It’s in black & white and looks and sounds good on Blu-ray.

Panic is a 1982 British creature feature that was pretty good. It’s also pretty eerily timely. A bacteria escapes from a lab with a missing scientist. Soon people start dying with weird green stuff and their bodies disformed. A detective needs the help of a female scientist who worked on the bacteria to help figure out what’s going on before the town is completely wiped out. It has some great practical effects which I always appreciate. The pulsing in the missing guy’s face was great as was some other effects. I always have a soft spot for (bad) creature features and I liked this one. It’s not great or anything, but but give me a killer, a small town and a plane about to destroy it and I’ll watch.

Dune Drifter is a science fiction film that starts out as a starship fighting movie and then becomes a survival flick. A trainee pilot and her gunner are shot down, but they manage to crash land on a nearby planet. The gunner is mortally wounded so the trainee must survive alone and fix her ship to freedom. As she struggles to survive, she runs into enemy soldiers and must fight them and get the repairs done to her ship. It’s not bad for something I had never heard of. The lead actress holds your attention. There’s some CGI, but it feels natural in the space environment. There are some one on one fights with the pilot and the enemy. It won’t wow too many people and if you only watch mainstream, big blockbuster movies you won’t like it, but I had fun with it. 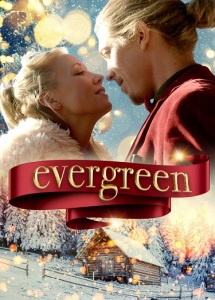 The other new movie release is Evergreen. Going into the film I had no idea what it was about. I popped it in without even remembering the synopsis. It starts out with a man and a woman in a car. You can tell they aren’t 100% great, but they are definitely a couple. They get to the man’s family cabin and I don’t know what to expect. Is it a horror movie? Something supernatural? Maybe there’s a cult. Nope the movie is a drama with lots of talking. It’s predominantly these two characters with two other characters they talk to in visions and that’s it. They discuss their relationship. He doesn’t want to have sex with her because he knocked up a woman previously and lost a child. Her past relationship comes to full light. They continue talking, smoke some weed, talk some more, hang out and check out around the cabin. There’s some fighting, some making up and discussing of their pasts. That’s it. I will give it credit for not ending how you expect it to end, but if you expect more than just a character study you might get bored. Both leads are fine, but it doesn’t really do much beyond dialogue. 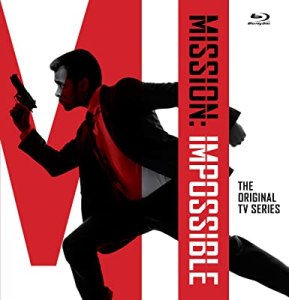 Last we have Mission Impossible: The Original Series on Blu-ray. This is pretty darn amazing. The Tom Cruise film franchise is a worldwide hit, but long before Cruise became Ethan Hunt there was the original TV series. It follows the Impossible Missions Forces (IMF)  a government agency of extraordinary spies assigned to do the most dangerous espionage missions and was classic spy TV. It had a fantastic theme song, lots of cool technology from gadgets to masks and everything in between. Each episode started with the famous tape-recorded message detailing the upcoming, exciting mission and would self destruct. It was pretty ground breaking TV. Both Peter Graves and Martin Landau won Golden Globes during the show’s run. The series had tons of people in it like Sam Elliot, Sid Haig, Lee Meriwether, Robert Conrad, Pernell Roberts, Leonard Nimoy for almost 50 episodes. This is a monster of a box set and the show looks fantastic in HD. I watched reruns when I was a kid and this will be something I revisit often. It’s a must own for fans and makes a great holiday gift. Super impressed by this new release.