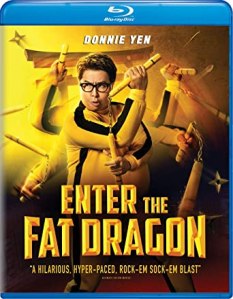 Only three things for us this week with two being very good and one being at least watchable. First is Enter the Fat Dragon with the always awesome Donnie Yen. It opens with Yen as a super-cop going beyond the call of duty to solve cases about to marry a TV actress. When he goes too far, his engagement ends and he gains a belly while being demoted inside and not on the streets. His former partner needs his help transporting a prisoner to Japan where he teams up with another overweight former cop to figure out just what’s going on. This movie would never get made in America today. An in-shape person like Yen wearing a fat suit would get crucified by keyboard warriors on social media. I’m glad to see it can get made elsewhere because it was an entertaining flick. Yen is still a great martial artist, but he is aging so it looks like he’s entering the Jackie Chan Action/Comedy film point of his career. He’s funny and his athleticism allows him to still pull off moves in a fat suit. It’s a ridiculous and over the top movie and that’s why it’s entertaining. There are fight sequences and action and comedy and I simply enjoyed it. I had been looking forward to this one since I first saw the trailer a few months back and it didn’t disappoint. If you are a fan of Yen then it’s highly recommended. 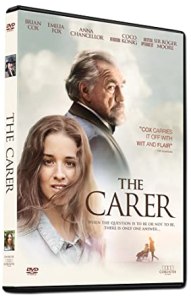 Second we have The Carer. This came out a few years ago and might have been available on DVD before, but it’s getting another release this week. I had never heard of it and I enjoyed watching it. Brian Cox plays a legendary actor of stage and screen who has a rare form of Parkinson’s. Coco König is sent to his estate to care for him. He doesn’t want help beyond his driver/gardener and Milly who takes care of other things in his life/home. His daughter (Emilia Fox of Delicious) insists he needs the help. It’s your classic Odd Couple styling with an aging old man and a young woman who secretly wants to be an actress. They bond over Shakespeare while he belittles everyone around him. He’s getting a Lifetime Achievement Award that he wants to be present for thanks to his young helper, but his daughter disagrees with the idea. Cox is fantastic in the role, I mean just brilliant. He dominates the film and you never leave his focus. König is a newcomer and does well holding her own opposite the brilliant Cox. AARP puts out a yearly list of movies for older people and this would make that list. Watch it for the Cox performance, but the overall movie is good as well. 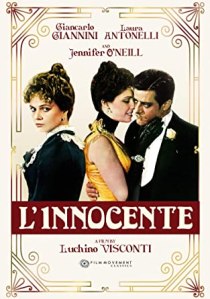 Last we have L’Innocente, a 1976 Italian film making its US Blu-ray debut. It’s about an 1800s aristocrat who has an affair and falls out of love with his wife. His wife has an affair with a writer while her husband is gone. They somewhat reconcile, but she’s pregnant with the writer’s child. When he dies, the pair try their best to be together, but the birth of the child drives them apart and there is a shocking ending I won’t spoil. I was not familiar with the film and it’s pretty good for one watching, but I don’t think I’d go out of my way to see it again. Giancarlo Giannini is pretty good as the male lead and it has great costuming and set design. You 100% believe you’re in late 1800s Italy. The film has been digitally restored and although it’s not really my thing, I’m definitely sure it has fans who will eat up this release.