Not a whole lot this week as things slowly start to reopen so I’ll start with the best of the bunch, A Good Woman is Hard to Find. This Irish thriller stars Sarah Bolger (Mayans M.C., Into the Badlands) as a single mom of two kids. She’s struggling financially after her husband passed and she can’t get any information about his death. The cops write it off as drug related, she thinks it was wrong place/wrong time. When a man breaks into her apartment, he wants to hide drugs he stole from drug dealers at her place and give her money for helping. She can’t fight the guy off and he comes back to get more of his drugs. It’s a slow burn at first, but once Bolger decides enough is enough, it goes off the rails and she gets revenge for everything happening in her life. I’m still amazed that Bolger is one of the daughters from In America and has become a fantastic grown actress. She’s great in this and holds your attention throughout. There is one absolutely gruesome scene that could rival Dexter. It’s something I can see myself watching again and Bolger continues to impress me the more I see of her. Definitely my favorite movie release of the week.

Second we have Corpus Christi. This Polish film is about a young man getting out of juvie and being sent to work at a sawmill. He gets mistaken as the town’s new priest and instead of working he goes with the lie. The town had been hit by an accident and was still coping with that loss. He jumps in with both feet pretending to be a priest until his past catches up to him. It’s a pretty solid movie with a strong lead performance. It reminded me of a dark version of the TV show Impastor. I’m not familiar with anyone involved, but I enjoyed the movie and can see the lead getting more work in his home country. If you are looking for a good, character driving foreign film, this will fit the bill. 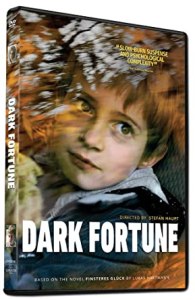 Third we have Dark Fortune. With a title like that and the DVD cover art, I expected a horror film, but instead got a drama about a child psychologist taking on a young patient who survived a car accident that killed his family. I kept waiting for a twist or something and never got one. The boy is sent to live with his aunt even though he doesn’t want to. There is all kinds of backstory on the psychologist and her family, she has two daughters with different dads and at one point they get into why the first dad isn’t around and it seemed unnecessary. That’s the biggest problem with the film, there is too much exposition that ultimately doesn’t mean much by film’s end. You know where the boy will end up and it’s 100% not the movie I expected.

Last we have Dream Demon. It came out in the late 1980s and is about a woman getting married who starts having bizarre dreams at her new apartment. She is being stalked by paparazzi types because her future husband is a war hero. Then an American woman shows up trying to find information about her past. She thinks she might have lived in the apartment when she was younger. It’s sort of a mess that didn’t live up to its potential. The photographer guy annoyed me and I rooted for his death. The two lead actresses aren’t given a lot to really stick their teeth into because the movie jumps around too much and doesn’t seem to have one exact tone. I had never heard of the film before watching it but I’m sure there are some people who are fans and will enjoy this new release. It’s been restored and comes with a Director’s Cut and Theatrical Cut along with tons of bonus features like interviews and commentary so if you like the movie, this is a good release for you.