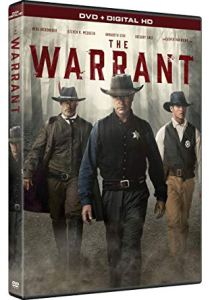 Review Roundup this week is a combination of new releases and some that came out last week I didn’t get until after their release. First is The Warrant a western starring Neal McDonough, Casper Van Dien and Annabeth Gish. I grew up on westerns and have always had a soft spot for them. I also like McDonough and Van Dien and didn’t mind this. It’s far from great, but it’s serviceable. McDonough and his son get together to hunt down Van Dien and his gang. They all served in the Civil War together and Van Dien blames his son’s death on McDonough and his son who had an opportunity to kill a man before he killed his son. It’s a pretty classic western storyline of law vs. outlaw I just wish there was a bit more to the film. There’s a twist with one character towards the end, but I wanted a bit more action or something out of it. The characters are fine, but westerns have more swooping long shots and tracking shots while on horseback and this doesn’t quite have enough. But if you like McDonough and/or Van Dien, check it out. 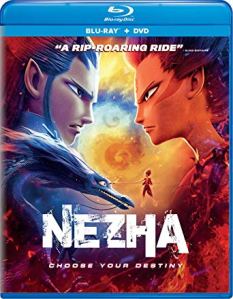 Second is Ne Zha, a critically acclaimed animated fantasy film out of China. The film is beautiful to look at, but I have no idea if it’s based on any folklore or what. A young boy, Nezha, is birthed from a heavenly pearl and is looked down upon as he grows because he might be a demon. His family tries to protect him but they know the truth about him and his birth. He’s destined to be evil and bring destruction, but he is their child and they think he can change. There’s ultimately a showdown at the end and I honestly have no idea if I really understood it, but it’s pretty and has fun characters. One character has a pig and there’s all kinds of colors and effects when he’s training. It was probably a big hit overseas, but I’m not sure how well it will do here in the States. It looks like a video game and if it did well I’d probably expect a sequel. 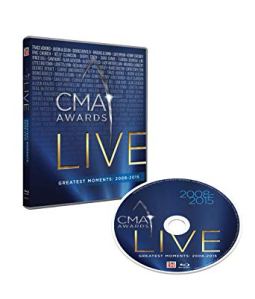 Third we have CMA Awards Live Greatest Moments: 2008-2015. There have been different versions of this out. One was a complete collection featuring performances from 1968-2015. I believe other versions have been on DVD. This is the Blu-ray edition with performances from 2008-2015. It features the biggest names in country from the past 10 plus years including Jason Aldean, Dierks Bentley, Luke Bryan, Kenny Chesney, Lady Antebellum, Miranda Lambert, Little Big Town, Reba McEntire, Brad Paisley, Blake Shelton, Carrie Underwood, Keith Urban, and more. In this is the performance that got me to listen to Chris Stapleton. I wasn’t familiar with his work until Tennessee Whiskey/Drink You Away with Justin Timberlake was all over the internet. It has names you expect like Taylor Swift and The Zac Brown Band along with songs performed by multiple artists and more. If you don’t own it already on DVD, pick up the Blu-ray this week. 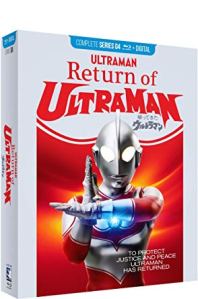 The following two items came out last week from Mill Creek Entertainment, but I didn’t get them until after their release. First is Return of Ultraman, the fourth series of the franchise. This takes place a few years later and sees a new Ultraman, Ultraman Jack team up to defend the Earth. It sees a wannabe race car driver combine with Ultraman after saving a young boy and fighting off Kaiju. I grew up on Kaiju and creature features so I dug seeing these episodes. There’s something so great about the schlock that is a guy in a monster suit. I grew up on different versions of Ultraman as well so it’s nice catching up with these releases which include some series and episodes never available in the States. This contains all 51 episodes and looks/sounds great in HD. I had a lot of fun with this because the monsters are so laughably bad you can’t help but enjoy it. 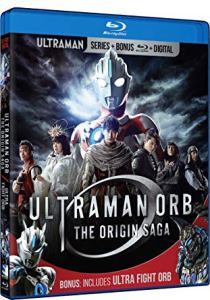 Last we have Ultraman Orb Origin Saga & Ultra Fight Orb. The Origin Saga is a prequel to Ultraman Orb and came out around 2016. It introduces the characters Gai Kurenai and Jugglus Juggler when they were alleged friends before they became enemies. Ultra Fight Orb is a prequel miniseries that introduces Lightning Attacker and Emerium Slugger, plus the debut of Ultraman Geed. The Origin Saga was pretty cool showing how Gai and Jugglus traveled to Crusader’s Peak and Gai getting the blade and becoming Ultraman Orb and the pair fighting side by side. Ultra Fight Orb shows how different Fusion Up forms came about including the Power of father and son Emerium Slugger. If you are really into Ultraman lore, these prequels are must see.