Review Roundup this week is a combination of new releases and some that came out last week I couldn’t watch in time because my Blu-ray player died. Yep after many fine years of service, it up and stopped working and I had to have a new one delivered to me so sorry for any delays! I guess I’ll start with Takashi Miike’s First Love which comes out this week. We are big fans of Miike here and I dug this flick. It’s sort of his Pulp Fiction with many storylines and characters overlapping and is filled with violence. Miike is known for his violence! The overall story is about a boxer who is told he has a tumor and doesn’t have much time to live. A gangster wants to use a cop to help rob the Yakuza of drugs using a prostitute as a scapegoat and also blaming the Chinese. The robbery is botched when the boxer punches the cop thinking the cop is hurting the prostitute and it unravels into Miike’s top-notch action storytelling. I liked it overall, but the animated car chase scene was unnecessary. If you like Miike or Asian crime dramas then this is for you. Expect lots of guns, some swords, and over-the-top violence. Definitely something I can see myself watching again.

Sticking with foreign films, next is Winter Flies. A 14 year old is being interrogated by the police because he swiped a car and went on a road trip with another kid packing a BB gun. The trip finds them picking up a female hitchhiker, stopping to see the 14 year old’s grandfather who was hurt, and trying to escape the cops. I thought the acting and filmmaking aspects were good, but I don’t think it’s something I’d have to watch again. There’s nothing wrong with it, but nothing stands out that makes me want to see it again. I know the story, I know what happens, there’s not much more to it. It’s a pretty straight forward narrative even though the ending is pretty wide open. It does play some good Beastie Boys songs though. 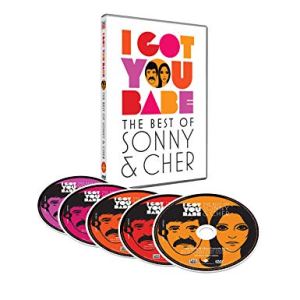 I Got You Babe: The Best of Sonny and Cher is out on DVD this week. This 5-Disc Collector’s Set comes with never-before-released episodes and a new interview with the icon herself, Cher. Now I wasn’t born when The Sonny & Cher Comedy Hour aired, but I’ve seen reruns and watched episodes through collections like this. It’s your classic variety show with music, comedy, guest stars and all that, but you watched for Sonny and Cher. They had undeniable chemistry on-screen (and off). Sonny may have been the showman, but Cher was the showstopper. You tuned in to see what Cher would wear and who would pop up each week. Well before reality TV dominated, variety shows were king and none were much bigger than Sonny & Cher. Watching these episodes today, it’s mind blowing how talented they were. Heck my sister saw Cher in concert just two months ago. I’m actually pretty surprised to see that these episodes weren’t available before. I figured a popular show like this would have been available, but I guess not. So if you were a fan of the show, this is a great way to rewatch some classic episodes.

Speaking of classic TV, Gunsmoke: The Complete Eighteenth and Nineteenth Seasons hit DVD this week. The series is one of the longest running series in TV history and my parents still watch reruns today. Sure it might be a bit silly by today’s standards, but if TV had a Mt. Rushmore, Gunsmoke would probably be on it. I enjoy when these seasons come my way because it’s something I can share with my parents. Even though they’ve seen these episodes many times through the years, they still like watching them. And that’s the point of these releases, you get to revisit Matt Dillon, Festus, Doc, Newly and everyone in Dodge City. If you’ve been buying the previous seasons then pick up 18 & 19 now. 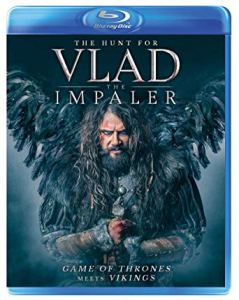 Vlad the Impaler came out last week and really wants to be Vikings or Game of Thrones. It has some good action sequences and some top-notch production design, but it’s not quite really good. It’s not bad and I’ve seen far worse, but I wanted a bit more from it. I thought it had some great sets and lots of camera movement. Costuming was cool and the action was solid, but it doesn’t quite get to the epic it wants to be. I think the voices were dubbed as well because I saw it with the characters speaking English, but some of it didn’t seem to match lip movement. But for a film I had never heard of, it was pretty good for a one time viewing, not sure if I’d want to watch it again though.

Next we have a slew of Mill Creek Entertainment releases. Again these are a mix of releases from this week and the past week because I couldn’t get to them last week. First is What The Night Can Do. This was a bit confusing at first. I thought it might be some type of horror or psychological thriller and ultimately it just ends up a family drama. A family takes a trip to visit their father/grandfather who is sick. The daughter/granddaughter keeps seeing things written on mirrors and bumping into the same guy. She’s having nightmares about it. Her parents are splitting up and the grandfather might be more sick than he’s letting on. But it really wasn’t anything crazy or supernatural. I won’t spoil it for those interested in it, but it felt like a cop out. Peyton Kennedy is good as the daughter/granddaughter, but I was expecting something much different.

Pagan Warrior should have been a slam dunk for me because I love Norse Mythology, things like Krampus and all that. Unfortunately the production design, acting, fight choreography and effects aren’t good. The Krampus creature looks bad. Some of the costuming looks too new and not era appropriate. The fighting is overly staged and sad. The boy who goes into the woods and runs into Krampus looks like he’s wearing brand new shoes. Even the words in the beginning give the wrong year. Don’t expect this to be Vikings or Game of Thrones. 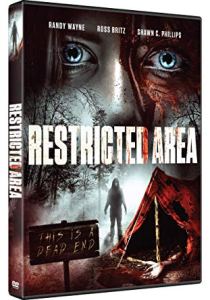 Restricted Area is next and I like the concept of it, but man is it pretty rough. The acting is quite bad. It opens with two guys in the woods going into a restricted area and right away the one guy’s voice drove me nuts. They get killed which I liked. That’s not a spoiler, they weren’t the main cast. Their deaths show us the “bad guys” and then we meet the main cast. They are a group of friends laid off from a steel mill who go out for one last hurrah. They head into the woods where they meet some other people and cross into the restricted area where the bad guys are. Honestly, the concept isn’t bad, but the film looks home made and the acting seems to match. I won’t knock people for making a movie, it’s hard work, but this just isn’t good. None of these people should act again. The effects on the kills are laughably bad as well. Good idea, but bad result.

Next is Wild Child & Life Happens – Double Feature. I had never even heard of Wild Child which stars Emma Roberts as a Los Angeles spoiled brat sent to a boarding school in England to end her wild ways. Aidan Quinn is her dad and Natasha Richardson the headmistress at the school. Juno Temple is one of her classmates. It’s classic fish-out-of-water with Roberts not knowing how to dress for the school, wanting to use her phone all the time, the girls already there giving her a hard time Mean Girls style, a good looking boy, Nick Frost as a hair stylist and everything else. It’s not my cup of tea, but I’m sure fans of Roberts like it. I had seen Life Happens before but it had been years so I rewatched it. Krysten Ritter gets pregnant when her and her roommate (Kate Bosworth) both have men over but only one condom! The film shows how “life happens” with Ritter dealing with new motherhood, work, her roommates, and men. It’s pretty generic and typical of the genre.

The next two are part of Mill Creek’s VHS Retro slipcover collection. First is Vibes – Retro VHS Style, a 1980’s flick starring Cyndi Lauper and Jeff Goldblum. They play psychics who travel to South America to help a man find his son. Except it’s a trick and they are being used to find a lost city with treasure. I believe this was Lauper’s first film. It’s not very good, but I’m sure someone has a soft spot for it. Goldblum fans are pretty rabid so they will love this new release with cool slipcover. The special effects are really bad, but totally 80’s with glowing people and rocks falling. It was cool seeing Steve Buscemi cameo though.

Last we have No Mercy – Retro VHS Style. This 1980’s flick stars Richard Gene and Kim Basinger. Gere plays a Chicago cop who goes to New Orleans after his partner is killed. A man along with Basinger goes to Chicago to hire a hitman, but Gere and his partner pretend to be the hitman. When it all goes wrong, the partner is killed and Gere heads south for answers. I totally don’t remember this film at all and it feels like a late 80’s type movie. Gere and Basinger have some chemistry together, but it’s a pretty generic cop drama. But the slipcover is cool.