Not much this week so far (expecting a late delivery) so I’m doing a Review Roundup to include a film that came out earlier in the month that I didn’t receive until this weekend. The biggest release received so far is Abominable. I don’t think it was the hit they were expecting with it under performing in the US and doing under $200 million worldwide. It’s the third movie to be about a Bigfoot/Yet in the past year following Smallfoot and Missing Link. I haven’t seen Smallfoot but I did like Laika’s Missing Link more than Abominable. Don’t get me wrong, this is a super cute movie that’s perfect for families, but Laika’s film is more for everyone/an older crowd. Even though I did enjoy Abominable and do recommend it, the biggest problem is that it feels like so many other movies out there. Besides it being yet another Yeti creature, there are scenes that reminded me of Cloudy with a Chance of Meatballs, Kubo and the 2 Strings, and others. That being said I did enjoy it and I think families will love it. The colors are beautiful and it has great music both things being fantastic on 4K. It’s a fun adventure film with spunky characters, easy to understand bad guys and nothing too crazy for the kiddos. If you and the kids missed it at theaters (and looking at the box office you probably did), check it out on home video this week.

Ever watch The Big Chill and think, you know what this is missing, cannibalism. Well have I got a movie for you. A Feast of Man is about a group of friends whose friend passes away and they find out he’s leaving them millions in his will. But there’s a catch, they must eat his dead body. I don’t think I’m familiar with anyone involved with the movie and some of the acting is a bit suspect, but kudos for bringing something new to the table (pun intended). Most of the characters are a bit stereotypical, the feminist type and her doormat boyfriend, the sexy Italian type, I think one was gay or at least hinted at it, but you watch it to find out if they are going to eat their friend. I don’t know if I loved the ending (I won’t spoil it), but I do think that ending kinda killed a lot of the build up the film had. But overall for a film I had never heard of, I give it a ton of originality points and a new premise to an overplayed storyline of friends remembering their dead friend. 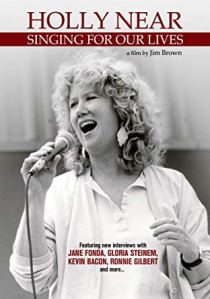 Third we have Holly Near: Singing for Our Lives. I’ll be honest, I’ve never heard of Holly Near so this documentary wasn’t really for me, but if you are a fan, you’ll like it. Near helped push a social movement for women through music and activism. She was an actress early on in her career making appearances in The Partridge Family, All in the Family and more. She then would turn to music and empowering women and would gain fans in Jane Fonda, Gloria Steinem and more. Obviously if you are a fan you’ll get something out of this. I learned about her life, but can’t say I’d go out and listen to any of her music. Anyone who is friends with Jane Fonda isn’t really my cup of tea, but you might get something out of this. 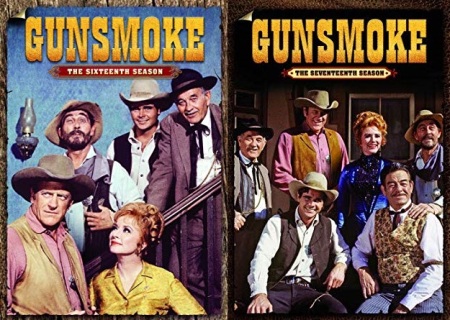 Next is some classic television. First is Gunsmoke The Complete Sixteenth and Seventeenth Season. The series is one of the longest running series in TV history and my parents still watch reruns today. Season 16 still sees Sheriff Dillon taking on bad guys. He deals with Natives, escaped prisoners, and you see the arrival of the first woman doctor in Dodge City, Dr. Sam McTavish. It also has the episode where the Boston sea captain moves to town. Season 17 involves killer Ben Rodman, a new doctor, Dr. John Chapman arrives, a US army transport is hit for its gold, Sheriff Dillon has surgery to remove a bullet from his spine, Festus is arrested in a case of mistaken identity. The show has been off the air for over 40 years yet you can still find reruns and rereleases all the time so there are clearly still fans. My parents are and it’s one of the most beloved shows of all time.

The Tenth Season of Bonanza comes in two volumes. Another beloved show my parents still watch today, Season 10 continues the adventures of Ben, Little Joe, Hoss, Candy and more. Candy gets accused of cheating at cards in one episode then wins a stake in a mill in another episode. Hoss is rescued from a band of Paiutes, Candy is kidnapped by retired Army men who want to break into the mint to get money they believe belongs to them, Ben gets trapped in the basement of a courthouse when a mine blows and more. By today’s standards the show is kind of laughable and offensive at times, but it was a widely popular show that people still watch reruns of today.

Last we have Santa Fake which came out a few weeks ago, but came my way late. It’s a pretty odd movie, but I think I kind of liked it. It starts out with an Irish guy living in New York. He was an orphan and came to the States illegally and starts working at a bar. His boss offers him a side job and he’d be paid handsomely for it. He’s to take two suitcases/briefcases to a certain spot and come back. On the way there he sees a few guys watching him and some cops so he jumps on a bus and ends up in Santa Fe, New Mexico. He gets a room to rent and takes a job as a mall Santa singing to the kids and falling for his elf assistant. But then the boss sends some goons there to find him and the FBI shows up as well. Half the movie is a Hallmark Christmas movie, half of it feels like My Blue Heaven. Damian McGinty plays the singing Irish Santa and of course it being a Christmas movie there’s a Christmas miracle. I’m not sure who this is geared towards because I don’t know if the Hallmark crowd will love the gangster element and those into gangster flicks won’t love the Christmas/love story part. I give it credit for being different and McGinty is easy to root for though. I kinda liked it even if it’s also a mess of a movie.