This Review Roundup is a mix of new releases from this week and a couple from last week. The biggest release this week is Hobbs & Shaw, one of my favorite movies of the year, but I haven’t gotten a physical copy of it yet so I won’t be talking about it here. Instead I’ll start with Ms. Fisher’s Modern Murder Mysteries: Series 1. This is a spin-off of Miss Fisher’s Murder Mysteries with a new lead actress. Geraldine Hakewill plays Peregrine Fisher, niece of Phryne Fisher who is missing. This series takes place in 1964 Australia and I quite liked it. It has set design and costuming that would rival Mad Men and Hakewill is super charming in her role. With her aunt missing, Peregrine inherits her aunt’s house, car and even tries to take over her job as an investigator. She stumbles along the way, but Hakewill is delightful in the role. This is 4 mysteries over 2 discs and I binged it over two days. There’s a murder investigating the death of a singer on a TV show where Peregrine’s ex-boyfriend is a suspect because he wired the mechanized surfboard in the pool. One involves possible UFOs and a government agency. One involves a chef being murdered at a culinary school and Asian immigration. I don’t know if I’m familiar with Hakewill at all, but she’s a pure delight and very easy to look at with that mid-century modern style. A nice little surprise. 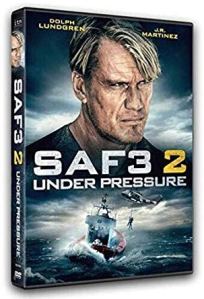 Next is SAF3 2 – Under Pressure which is a sequel to SAF3. Unfortunately I haven’t seen that, but it does use a lot of flashbacks to make you understand what’s happening. I’m a huge Dolph Lundgren fan and I was hoping to like this, but ultimately it’s pretty cheesy. It’s about an elite rescue task force that deals with fires and are lifeguards too I guess. One girl is a lifeguard I know for sure. There was a fire in the first movie (or TV series cause IMDB shows it as a series as well) and the burned character from that is dealing with his wounds in this. And honestly, all the flashbacks made it kind of confusing. There’s a woods training part and a deep sea dive part and I was never really sure what the current storyline was because I didn’t see the first part. If you thought the acting on Baywatch was bad just watch this. Lundgren is fine, but the rest of the cast is bad as is the story and all of it. A big swing and a miss for me. 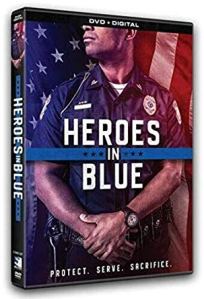 Heroes in Blue is a five part documentary about police officers. It shows them at their job but also in the community and the programs most people don’t see them doing. Cops get a bad reputation nowadays (to some people at least) and this shows the human side of them. They receive awards and take pride in the job they do both on and off duty. It came across as pretty personal with officers telling stories of triumph and loss and how their job effects them and their families. It’s over 4 hours long so it’s not a quick binge, but I did it over two days. If you have a family member that is a police officer or want your family to see real sacrifice, this would be a good watch for them. 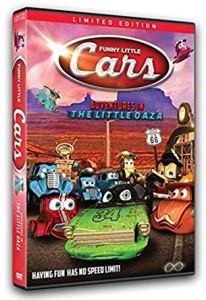 Sticking with families, next is Funny Little Cars – Adventures in the Little Oaza. This is clearly a ripoff of Disney/Pixar’s Cars movies, but if your kids liked those they should probably like this. This is a feature length film based on the TV series of the same name. Obviously it’s not as good as a Pixar film and the talent involved is nowhere near as good. It definitely has a European vibe to it as well. But all that being said, kids will probably like it. There’s fun characters and adventure and although the parents won’t pay too much attention to it, it should hold the attention of your kids. 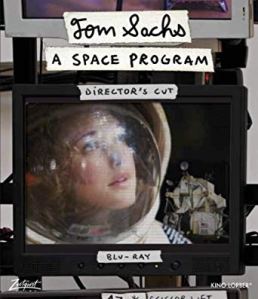 Tom Sachs: A Space Program is a documentary style film on an art project. I’m not familiar with Tom Sachs or his A Space Program art project, but I can give this a ton of credit for creativity. Don’t get me wrong, I have no idea what the point of any of it is, but the time and effort it took to recreate a NASA room, missile launch and space landing is pretty cool. They used wood, metal and even video games to simulate all of it. Again, no idea why someone would do it, but it’s still kind of cool. Like Moe says in The Simpsons, it’s PoMo, Post-Modern, weird for the sake of weird. I didn’t need to see the bathroom scene, but overall it’s a quick and easy watch even if you don’t understand any reason for it.

These last two titles came out last week but I didn’t get them until later. Both are from Mill Creek as are a few of the other titles I’ve already written about. First is a double feature of Little Women and Marie Antoinette. This is the 1994 version of Little Women that was nominated for 3 Oscars, not the one coming out later this year obviously. I had never seen it and had no idea Christian Bale was in it. Winona Ryder was nominated for Best Leading Actress and the cast also included Susan Sarandon, Kirsten Dunst, Claire Danes and more. I’m not sure how many times they’ve adapted Louisa May Alcott’s book, but this is the version I think of when someone talks about a movie adaptation. Sofia Coppola’s Marie Antoinette came out in 2006 and starred Kirsten Dunst and won an Oscar for Costume Design. It’s a retelling or re-imagining of the teen years of the historical figure and I know people who love it, but I never really got into it. It’s fine, but nothing I’d consider a classic. Fans of Dunst will like this double feature.

Last we have The Thing, the 2011 prequel to John Carpenter’s beloved The Thing. I saw the movie at theaters when it came out, but hadn’t seen it since. I remember not loving it, but that’s more because of Carpenter’s film being so good. So I rewatched it on Blu-ray and it’s not as bad as I remember it being. It’s still extremely similar to the original film and is pretty much unnecessary, but in a way it’s cool seeing the Norwegian camp’s backstory which we didn’t get in the first flick. I also didn’t know Kristofer Hivju from Game of Thrones was in it because he hadn’t joined that show at the time. Plus you could tell they really tried to connect both films like leaving an ax in the wall because Kurt Russell sees one there in his movie. After watching this Blu-ray I actually rewatched the Carpenter/Russell version right afterwards. Ultimately I can’t say I love this one, but it’s not as bad as I remembered it.