At New York Comic Con, the cast of Lost in Space revealed that the epic family adventure series will return for a second season on December 24, along with the first teaser for the new season. Season 2 was filmed in Iceland & Vancouver and consists of 10 hour-long episodes.

In addition, JJ Feild (Turn, Turn Up Charlie) has joined the cast in the recurring guest role of Ben Adler, chief of advanced systems and artificial intelligence. He’s Maureen’s academic contemporary but with what he’s experienced — bears more in common with her son, Will Robinson. 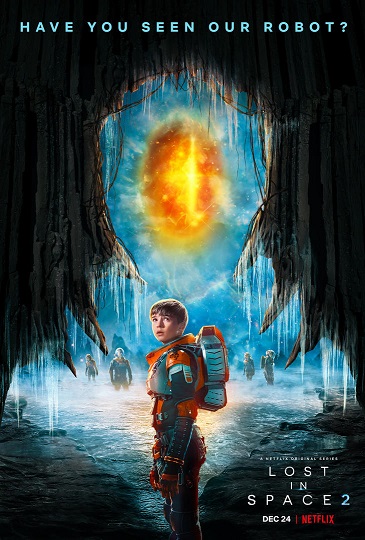 ABOUT LOST IN SPACE SEASON 2:

There’s more danger — and adventure — ahead for the Robinson family! With the Jupiter 2 stranded on a mysterious ocean planet without their beloved Robot, the Robinsons must work together, alongside the mischievous and manipulative Dr. Smith and the always charming Don West, to make it back to the Resolute and reunite with the other colonists. But they quickly find all is not as it seems. A series of incredible new threats and unexpected discoveries emerge as they look for the key to finding Robot and safe passage to Alpha Centauri. They will stop at nothing to keep their family safe… survival is a Robinson specialty after all.

The Netflix original series is produced by Legendary Television.