Some lucky readers will win either Manhunt, Marcella: Season 2 or Poldark The Complete Collection.

To enter, email Murraymakercontests@gmail.com with your favorite Non-American TV series 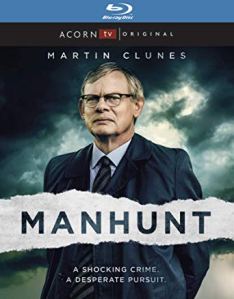 BAFTA Award-winning actor Martin Clunes “is a revelation” (The Telegraph) in this chilling mystery based on true events that rocked Britain. When the battered body of a French student is found on Twickenham Green in London, hardworking and humble DCI Colin Sutton (Clunes) is appointed the lead detective on his first big case. After connecting the young woman’s murder to a previous attack, Sutton embarks on a quest to catch a serial killer. With the press in a frenzy and the public demanding answers, his team grows discouraged as they find no motive, witnesses, or forensic evidence. But Sutton’s commitment never wavers, often at the expense of his relationship with his wife (Claudie Blakley, Grantchester, Pride & Prejudice). Realistically portraying the ins and outs of police investigations, Manhunt tells the story of one detective’s uncompromising search for justice. 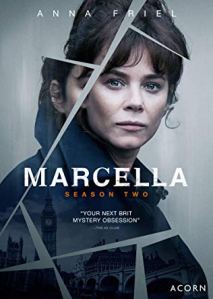 In Season 2, when a body is found inside a wall, Marcella is horrified to discover that she knew the victim: a young boy who went missing years ago while walking home with her son. As more corpses turn up, Marcella wades through a complex web to catch a serial killer, but her deteriorating mental state threatens to derail the investigation. 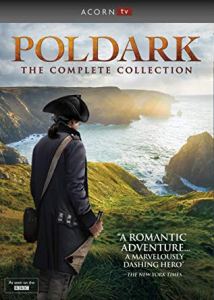 A sensation on PBS’ Masterpiece Theatre, this spellbinding saga tells the story of the gallant Captain Ross Poldark in 18th-century Cornwall. Based on the novels by Winston Graham, this classic drama teems with adventure and romance, set against the spectacular backdrop of the ruggedly beautiful coast.

In Series 1, a wounded Ross returns from the American Revolution to a family who thought he had perished in the war. He finds that his father has died in his absence, the woman he loves is engaged to his cousin, and a viperous businessman is plotting to ruin his family. Series 2 follows Ross through further tumultuous times, from saving his marriage to reclaiming his fortune as he attempts to defeat his predatory rival once and for all.