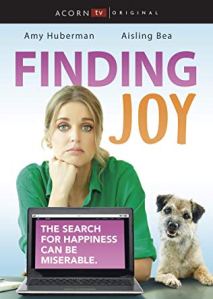 Amy Huberman (Striking Out, The Clinic) created, wrote, and stars in this quirky, life-affirming Irish comedy with a “satisfyingly filthy sense of humor” (The Irish Times). Routine-loving Joy is having a tough time after a messy breakup with her live-in boyfriend, Aidan (Lochlann O’Mearáin, Love and Friendship). Then a promotion forces her to step out of her comfort zone as she replaces her network’s star vlogger, the Happy Hunter.

The job sends Joy to unusual places where people find bliss: wrestling matches, wellness retreats, hot yoga, and more, all while filming her discomfort. But despite the new gig and help from her free-spirited roommate (Aisling Bea, The Fall), Joy can’t seem to get over Aidan, or even stop running into him and his beautiful new girlfriend (Karen Hassan, Vikings). Will Joy be able to accept the changes in her life and find happiness of her own?

Possessing an uncanny insight into criminal behavior, Dr. Tony Hill is called upon to assist the police in building profiles of serial killers in Northern England. His unorthodox methods and off-putting personality alienate people at first, but he soon proves to be a considerable asset to the force. Along with his colleagues, DI Carol Jordan (Hermione Norris, MI-5, Cold Feet) and, later, DI Alex Fielding (Simone Lahbib, Loch Ness), Tony investigates the atrocious crimes committed by psychopaths, serial killers, and other deviants.

Amy Huberman is pretty darn delightful in Finding Joy Series 1. Her character Joy has this awkward goofiness to her but is also kind of hot as well. Her relationship is ending at the same time she gets forced into hosting a show when she has no hosting experience and isn’t quite the pretty face/outgoing woman the previous host is.

Of course this leads to awkward situations with different people and events and Joy becoming sort of a cult figure among the audience. The audience starts loving her goofiness and uncomfortableness which makes her seem more human and down to Earth. Meanwhile her friend is pregnant, she gets a new roommate and tries to get over her ex who is seeing someone new.

That new woman also makes appearances in Joy’s life throwing that relationship in her face non-stop. Huberman tackles all the drama and comedy flawlessly. She created the show and also wrote it and you can see and feel her charm in every episode. I know her from Striking Out which is similar in tone and story to a degree, but Striking Joy showcases her comedic capabilities much more. Plus a dog narrates it and looking at my tweet, Huberman seems just as delightful in real life as she does in the show. 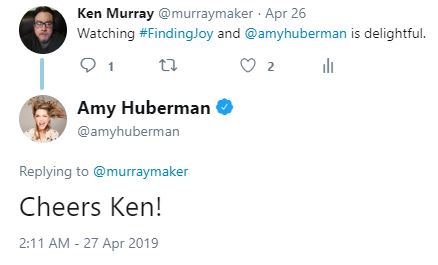 I was not familiar with Wire in the Blood at all. Watching it now, it reminds me of a lot of other shows. It’s a much more dramatic version of Lie to Me. The lead isn’t quite as awkward as say the lead in Cracker nor is it as comedic as say Nathan Fillion in Castle. But it’s also a lot more grittier and violent than most US shows like all of the Law & Order and NCIS spin-offs out there.

Dr.Tony Hill is equal parts Sherlock Holmes, Dr. House, Robert Goren (L & O: Criminal Intent) and many other idiosyncratic types. The series is based on characters created by Scottish writer Val McDermid and set in a fictional location. Hill is a clinical psychologist recruited as a criminal profiler for the police department which again makes for an easy comparison to Sherlock. Different detectives span the series as well.

The Complete Collection features 24 mysteries over 13 discs. At 35 hours it’s obviously not an easy binge but most series box sets aren’t. This also comes with the feature-length bonus mystery Prayer to the Bone. I tried to watch 2-3 mysteries a day but some are longer than others obviously. You see a lot of other British and Irish actors pop up in the series which ran in the early 2000’s. I recognized Susan Brown from Game of Thrones and Broadchurch, Harry Peacock who was in a few episodes of Doctor Who, Albert Welling who played Hitler in Doctor Who and many other surprise guests.

If you like British crime dramas like Vera, Midsomer Murders, Line of Duty and others you should probably enjoy Wire in the Blood. Just expect it to be darker and more violent.