The biggest release for the week is M. Night Shyamalan’s Glass. It was a solid hit at the box office earlier in the year and completed the Unbreakable/Split trilogy no one realized was even a universe until the end credit scene in Split. I didn’t particularly like Split beyond James McAvoy’s performance and saw Unbreakable once when it first came out and didn’t remember much of it. Not being a fan of either film or their director I wasn’t too amped for this and I pretty much got the movie I expected. It has some positives. I liked a lot of the cinematography. It has some great camera movement and angles and gives the film a frenetic look and vibe at times. The third act is pretty fast paced and could rival most of the style of comic book movies today. I liked the score a lot as well. Along with the camera action, the score helped with the feel of the movie. It has a good color palette too. Each character seems to get their own “color” and backdrops have coloring and shading to set the mood. Now for the negatives. It’s over 2 hours long and it shouldn’t be. If it came in around 100 minutes, it would feel tighter and have a lot fewer unnecessary scenes. Because it’s so long, it loses steam in the second act. The first act shows Bruce Willis’ character being a vigilante and trying to track down McAvoy’s character. It reintroduces us to Willis’ son and Anya Taylor-Joy plus introduces us to Sarah Paulson’s character. Then it crawls while the three men with odd abilities are held in an asylum type place and tried to be controlled and convinced they are normal. It lost my interest at this point. The third act picks up steam, but then M. Night remembers he’s M. Night and does his typical M. Night twist which drags the movie down. Instead of the third act being great and giving the audience what they deserve, we get an unnecessary surprise that ultimately means nothing to the film. Sure it explains a bit of the origin of the characters, but who cares at this point? Then you think it’s done but nope, M. Night is not done with you! Another twist that ultimately is unnecessary to this movie as well. Unless he decides this is going to be a franchise that plays out over the next decade, none of it ultimately means a thing to this actual movie. But some people like these movies and the 4K looks great. The coloring like I said is fantastic and the score sounds perfect. It comes with bonus features like an alternate opening and deleted scenes, a breakdown of the stunts in the film, a conversation with M. Night and McAvoy and more. If you liked the film this is the package to go with. 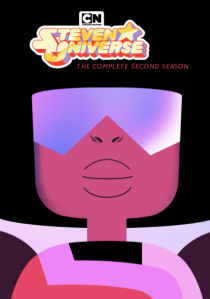 Second we have Steven Universe: Season 2. This is a show that I understand why kids like it, but I don’t get the draw that it has from adults. I know some adults who love the show. I watch it and think it’s colorful and fun and full of adventure and understand why a 9-year-old digs it. Why a 29-year-old does is beyond me. Season Two introduces Garnet and features 22 episodes and this package also comes with an exclusive Garnet fusion keychain. To me the show skewers younger compared to something like Adventure Time and there’s nothing wrong with that. Kids should like this show, it’s fast and colorful and great for short attention spans. I’m just baffled at the adults who live tweet it and praise it.

Now for a slew of older movies/shows with new special releases or cheaper versions! First we have Malibu Express and Hard Ticket To Hawaii from Mill Creek Entertainment. The films of Andy Sidaris are incredibly sexist and probably racist and homophobic by today’s standards, but when they came out, they were gold. Now to me they still are because I have a soft spot for these types of exploitation films. They have a ton of gratuitous nudity, action, fast cars, fast women and everything in between and I dig them. These films have been restored and look great in HD. I believe this is the first time they have been available on Blu-ray and it’s worth the upgrade. Malibu Express is about a private dick (pun intended) hired to investigate a computer company selling secrets to the Russians. There are double crosses and cars and women and Cody Abilene lives on a boat because that’s what you did in the 1980’s. Hard Ticket To Hawaii is about two undercover agents finding diamonds and this might be even more over the top than Malibu Express. Both are filled with buff dudes and playmates and honestly, I wish there was a return to movies like this that didn’t take themselves seriously and just had fun. We aren’t allowed to have fun nowadays and everything needs to be filled with messages. But I digress and if you remember these films they look great and come with bonus features like introductions by Sidaris, commentary, trailers and more. 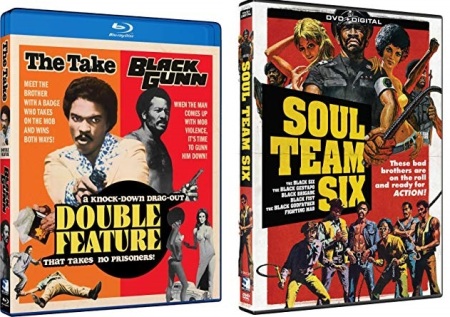 Sticking with exploitation films, Mill Creek also has out The Take/Black Gunn and Soul Team Six (a collection of 6 Blaxploitation films) out this week. Billy Dee Williams (Lando in the Star Wars films) stars as a crime fighter who goes to New Mexico to help out a police chief but he’s also on the take in The Take. Black Gunn stars NFL legend Jim Brown and is about a nightclub owner who must step in between his militant brother and a mobster who was robbed. It’s pretty damn action packed and has chases and fighting and more. I think I might have seen Black Gunn before or at least clips of it. The Take was completely new to me. Soul Team Six is six movies in one package. These aren’t as fun as the double feature but still good for a watch if you like this genre. The films are: The Black Six, The Black Gestapo, Black Brigade, Black Fist, The Black Godfather and Fighting Mad. The first film’s claim to fame is that it starred NFL players in those roles. Black Brigade has Richard Pryor and Billy Dee Williams in it. Fighting Mad might be the most well-known and sort of helped bridge the blaxploitation and martial arts gap of the 70’s. 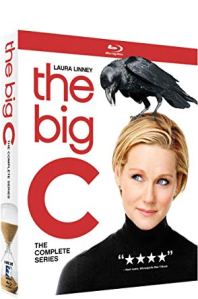 Last we have The Big C – The Complete Series also from Mill Creek. I’d assume this series has been available before as a complete series but I might be wrong. I know it had seasons out on home video but it’s been over for a while I’d think the series has been out in total. I never actually watched it when it aired but I know my parents were fans at the time. They weren’t the only ones because Laura Linney won awards for the show. She played a schoolteacher diagnosed with the Big C in her 40s and starts living life for once. It’s one of those drama comedies that is better than you think and is full of extremely talented people. It’s one of those shows you know you shouldn’t be laughing at, but it’s played for comedy so you laugh a lot. That’s why it worked, it made light of a terrible time in most people’s lives, but also showed how bad it is. I’m glad this came my way and gave me an opportunity to really pay attention to the show. For some reason I skipped over it and watched other shows like Weeds and Dexter in the same time period. If you were a fan this is a great collection with a great price for the entire run.