For this Review Roundup I’ll start with the releases that are new this week. First is Mad Dog and Glory. This early 1990’s flick gets a new Blu-ray release. I remember seeing it back in the day and liking it, but rewatching it, it doesn’t hold up all that well. Robert DeNiro plays a cop who rescues Bill Murray during a robbery. Murray runs a local comedy store, but is also a gangster. He sends Uma Thurman to DeNiro’s place as a sort of thank you and DeNiro falls for her. I thought it would be funnier, but it’s not. It wants to be a dark comedy, but didn’t really work for me nowadays. I totally forgot David Caruso was in it as well. But I’m sure there are some diehards out there and the film looks good on Blu-ray. 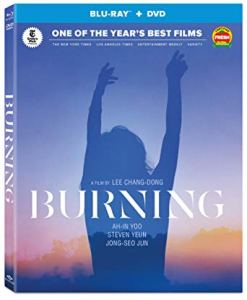 Second we have Burning. I had heard some great things about the film and it stars Steven Yeun from The Walking Dead. I was actually kind of confused by it to be honest. A young guy, Jongsu, runs into a girl who was once his neighbor. He starts falling for her but she goes to Africa for a bit. She returns with another guy (Yeun) who drives a fancy car, lives a lavish lifestyle and is twice the man Jongsu is. Yeun’s character talks about burning down greenhouses and then the girl disappears and Jongsu tries to figure out what happens. I must have missed the explanation because I was totally confused by the end. The girl seemed to lie about her past and I couldn’t tell if Jongsu was making things up, was more than one character or if I put way too much thought into it. It was well made though and I know others who liked it a lot. 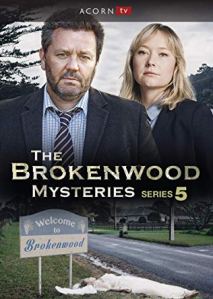 Third we have The Brokenwood Mysteries: Series 5. This New Zealand show reminds me of other shows I watch like Murdoch Mysteries and Midsomer Murders, but not quite as quirky. Series 5 contains 4 episodes and the haunted house one is hands down the best. The second episode involves an almost bride being found dead in a river. Episode three involves a man having a coronary on a mountain that may have foul play involved and episode four involves an asylum and a man on a gurney. It’s an easy show to binge especially if you like the other shows I mentioned. 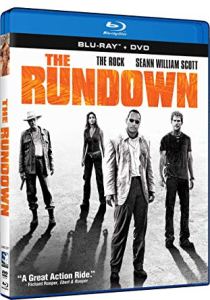 The next grouping is a bunch of releases from Mill Creek Entertainment that came out already but I didn’t get until recently. First we have The Rundown. I’ve always had a soft spot for this action comedy that helped solidify Dwayne The Rock Johnson as a movie star. Before being one of the biggest names at the box office, he did films like this which showed the world how funny he can be and the action he’s capable of. He plays a bounty hunter sent to the Amazon to find Sean William Scott and return him home. He runs into Rosario Dawson and has to deal with a kingpin played by Christopher Walken. Peter Berg directed it and rewatching it, it made me wish Berg would go back to these action comedies and not just stick to action flicks. 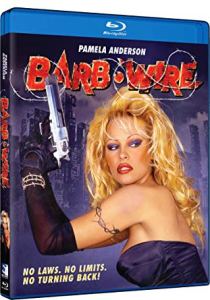 Next is Barb Wire starring Pamela Anderson. Is it a great movie? No, but it’s campy fun. Anderson plays Barb Wire, a badass mercenary who has to rescue her ex. Anderson was a huge sex symbol when this came out and they definitely played that up here. It’s a ridiculous movie, but I hadn’t seen it in years so it was fun catching up with it. If you watch it for what it is and don’t take it seriously it can be fun. I’m sure many people have a soft spot for this one. 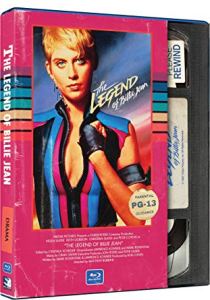 Speaking of badass chicks, next is The Legend of Billie Jean which gets a Retro VHS slipcover release. These releases are fun with slipcovers that remind me of my days looking at VHS tapes at the rental store. The film has turned into a cult classic with Helen Slater playing the titular character. After an accidental shooting Billie Jean along with her brother and friends have to hit the road where she becomes a legend for trying to right a wrong. It’s not a great movie either, but I’ve seen it a few times since it first came out and still holds up pretty well. Plus it has a young Yeardley Smith (voice of Lisa Simpson) in it.

Donnie Brasco gets another release with a different slipcover too. Johnny Depp goes undercover as Donnie Brasco a jewel broker who gets involved with aging hitman Al Pacino. It’s one of the most well-known undercover movies of all time and both men are great in it. This is one of the last movies before Depp got really weird with his performances and he’s really good in it. Same for Pacino, he may be a shell of the actor he was nowadays, but he was still giving top-notch performances at this time. It’s one of the better crime dramas of the past 25 years or so. If you don’t already own it, pick this up.

Mill Creek has a collection out called No Tell Motel, a collection of 8 similarly themed movies. Eli Roth’s Hostel 1 & 2 are here and if you read me you know I love those films. This also has 2 underrated films, Vacancy with Kate Beckinsale and Luke Wilson and Identity with John Cusack and Ray Liotta. Vacancy is a smart little thriller about people watching tenants of a hotel. Identity sees 10 strangers brought together to a motel that soon find out they may not be strangers. The other four films in the collection I wasn’t overly familiar with. Terror at Red Wolf Inn is about a college girl winning a trip to Red Wolf Inn and a girl going missing. It Happened at Nightmare Inn is about foreign female tourists being deemed “immoral” by those running a small inn. The Devil’s Nightmare is about a busload of tourists forced to take shelter in a castle which houses the Devil. Legacy of Blood is about a millionaire dying and his fortune being left to his children who first must survive a week at his estate. It has a few twists like the help getting the money if no one survives so expect some bad people.

Last we have Damages The Complete Series. Glenn Close made a huge impact on TV when she guest starred on The Shield so much so she stuck with TV with Damages. She would end up winning 2 Emmys over 5 seasons of the show which also starred Rose Byrne. It’s a courtroom type drama, but like most FX/FXX shows it was pretty fast paced and didn’t feel like your standard drama. I never watched it when it aired, but have gained respect for the show since then. If you are a fan, this is a nice (cheap) collection of the entire series.