Odd week of releases for January 8th. First is Bent, a film from 1997 hitting Blu-ray. It is the film adaptation of Martin Sherman’s award-winning play. Clive Owen stars as Max, a gay man sent to a concentration camp during The Holocaust. The film opens with a roaring party and Owen spending the night with Games of Thrones’ Nikolaj Coster-Waldau (who I didn’t realize was an actor in the 1990’s). Max is eventually captured and he chooses to be labeled as Jewish and not gay in the camp. He falls in love with a man in the camp who wears the pink star proudly. I’m not familiar with the stage show nor was I familiar with the film before watching it. It has a huge cast including Ian McKellen, Mick Jagger, Jude Law, Paul Bettany and more. With a Holocaust setting it’s obviously a difficult film to watch, but the acting and production value are top-notch. Owen always gives a good performance and I was surprised to see so many others pop up in it. The film looks good on Blu-ray and it comes with Cast & Crew interviews, the music video for Mick Jagger’s Streets of Berlin and more. If you remember the film or like the cast, it’s definitely recommended.

Second we have The Great Battle, the latest Asian epic period piece to come my way. When I watch movies like this I almost feel bad because I have no idea what the story is based on. I never know how accurate the story is or if it’s all made up for the film. The synopsis says the movie tells the story of the Siege of Ansi, where Goguryeo forces held their fortress against 200,000 invading Tang soldiers in a battle that raged for 88 days. I’m going to have to believe them because I don’t know any different. I watch these for the effects, the action and production value. This is solid across the board in those aspects Sure it’s overly CGI with thousands of CG’d people, but the costuming is really great. I love the details that go into the wardrobe, armor and weaponry. There are some fantastic action sequences and it opens with a really good one involving horses. I may not know who I’m supposed to be rooting for or how accurate it is, but I’m usually entertained enough. It has some epic scenery and fighting and that’s all I expect in a film like this.

Speaking of expectations, with a film like Willie Dynamite, there are certain expectations I have with a blaxploitation movie. Those usually involve jive turkeys, pimps being pimps, hoes being hoes, ridiculous clothing, a funky soundtrack and bad ass 1970’s cars. This movie checkmarks all of that and then some. It may not be as mainstream as Shaft or Superfly, but it’s up there in blaxploitation lore and you can see its influence in films like Black Dynamite. Willie D wants to be the top pimp but must deal with other pimps, the police and a social worker. The soundtrack is great. Willie’s Cadillac is amazing and his clothing is even more over the top. This new Blu-ray release features Kiss My Baad Asss, a guide to blaxploitation hosted by actor and musician Ice-T, and featuring interviews with Richard Roundtree, Melvin van Peebles, Isaac Hayes and others. I have a soft spot for these types of movies so this really worked for me.

Next is CMA Awards Live Greatest Moments: 1968-2015. I’m not the biggest country music fan, but even I was impressed with the collection. I like older country, not so much the new pop country, but this spans decades so it has a little bit for everyone. Whether you prefer your country with Glen Campbell, Johnny Cash or Kenny Rogers or Brad Paisley, Taylor Swift, Carrie Underwood, or Keith Urban, this has them all plus dozens more. What it does best is span the generational gap. An older sister of mine will love the Keith Urban, Reba McEntire, Brad Paisley stuff. My dad will love the Dolly Parton, Kenny Rogers, Glen Campbell stuff. My nieces will love the Miranda Lambert, Carrie Underwood, Taylor Swift stuff. It has the Justin Timberlake & Chris Stapleton performance that actually got me into Chris Stapleton. This 3 disc set features dozens of performances and if you like country music, you’ll love this. 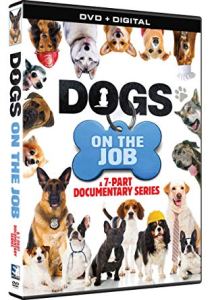 Mill Creek Entertainment has a slew of releases this week. First is Dogs on the Job! – 7-Part Documentary Series. This documentary series takes a look at the history, training and duties of working dogs from military and police dogs to herding and how their amazing sense of smell is used in numerous ways. I’m not a big animal guy, but because this takes a look at how animals are used beyond pets I thought it was pretty interesting actually. I like the military/police dogs the best, but if your family likes dogs in general, they will like it. 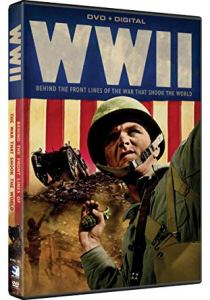 Next is WWII – The War That Shook The World Collection. This is more my speed. This multi-part series features a lot of history I already know, but I’m big into history in the first place. It spans Europe, Asia and Africa and covers Hitler’s takeover of Poland to Hirohito’s inevitable surrender. You learn a lot about battles, warcrafts, battle plans, and more. A lot of years and countries are talked about and it’s organized in three sections making it easy to binge. I liked it.

Sticking with WWII, next is Secret Stories of Hitler. Some people might have a hard time with this one because it includes Swastika, a documentary using personal footage of Adolph Hitler. That is 1 of 3 parts of this release. Swastika humanized Hitler, showing him with Eva Braun (who shot the footage) and being a man, lover, friend and more. The film’s point is to show that he was human and not a monster so that we can see the worst in humans and not let others rise like he did. The second part shows his rise to power and is more about his political career. The third part shows how Hitler’s navy really dominated but a mistake by Hitler ultimately cost him the UK. 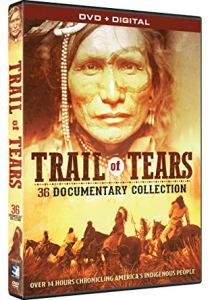 The Trail of Tears Collection features a few main documentaries plus 30 more programs. This compilation is very in-depth discussing Natives forced to reservations and includes issues they face today. There is a lot here and it wasn’t overly easy to binge 14 hours of it, but it’s educational and informative. It took me close to a week to get through all of it, not because it’s bad or anything, it’s just very long. It would make a great educational piece for school though.

Now for some lighter releases. Robin Hood Origins is a 5 film collection. The films are: The Bandit of Sherwood Forest,
The Black Arrow, The Prince of Thieves, Rogues of Sherwood Forest, Sword of Sherwood Forest. I wasn’t familiar with any of these, but I loved seeing Peter Cushing pop up as the Sheriff of Nottingham in the last film. Robin Hood has always been a compelling character that movie makers have used for decades and I’ve always enjoyed him. These are better than the newest version in late 2018, but aren’t absolute classics to me. 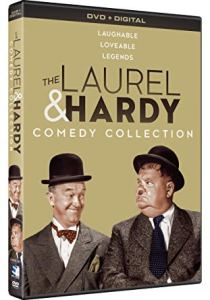 Mill Creek has out The Laurel & Hardy Comedy Collection. This is a combination of shorts, features and footage of the legendary duo. This is 2 discs and is over 9 hours. I binged through this pretty quickly and the shorts are real easy to watch. I grew up watching them because of my dad so I remembered some of them and I’m sure I’ve seen some of these in previous collections as well. If you are a fan, you’ll like this.

Last we have The Karate Kid Part III & The Next Karate Kid. This Blu-ray double feature has Ralph Macchio’s last film in the franchise and Hilary Swank’s version. Part III is more a sequel to the first film than the second because it has Daniel and Miyagi coming home and dealing with Kreese again. Kreese wants revenge after his Cobra Kai were beaten in the first film and gets help from a Vietnam Vet comrade who is a ruthless businessman. Daniel wants to help Mr. Miyagi open a bonsai tree business. It’s not very good but it’s better than the remake with Jaden Smith. The Next Karate Kid is sort of a reboot/sort of a continuation with Pat Morita returning as Mr. Miyagi this time training Swank’s character who is the granddaughter of his commanding officer. She’s aggressive and mad at the world after losing her parents. It’s nowhere near as good as the original film, but I don’t seem to hate it as much as others.