Just as he is making his big-screen debut in Spider-Man: Into the Spider-Verse, Miles Morales is swinging back into the pages of Marvel Comics in an all-new debut with MILES MORALES: SPIDER-MAN #1! Written by Eisner Award winner Saladin Ahmed (Exiles) with art by celebrated Marvel Young Gun Javier Garrón (Ant-Man & The Wasp) and a cover by Brian Stelfreeze (Black Panther), Miles’ latest adventure brings Miles back to Brooklyn basics… but things definitely aren’t simple when a simple robbery is complicated with a big Spidey-Villain and an even bigger mystery! 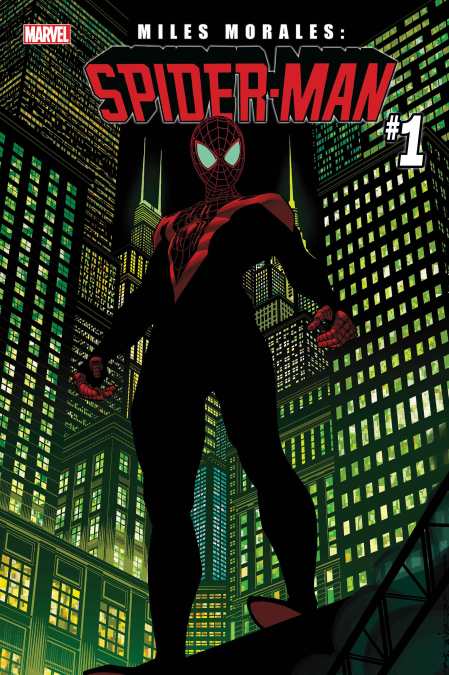 “It’s very much intended for folks who might not know the character or might not even have read a Spider-Man comic, and for them to be able to access what’s universal and what’s immediately appealing about this character and about the Marvel Universe,” said Ahmed.

Don’t miss MILES MORALES: SPIDER-MAN #1, on sale now in comic shops, on the Marvel Comics App, and on Marvel.com! To find a comic shop near you, visit www.comicshoplocator.com or call 1-888-comicbook.