Today I had the chance to chat with Rick Lagnese, US community Manager for Warhorse Studios, makers of Kingdom Come: Deliverance. Here’s our conversation. 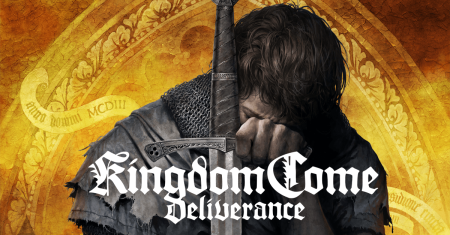 Me: What was the inspiration for Kingdom Come: Deliverance? What made it the game you wanted to make?

Rick: Our Creative Director, Dan Vavra, is a very big fan of medieval history and he always wanted to make an RPG that was realistic and rich in story.

Me: Development took four years, what was the journey like? From just an idea to full release?

Rick: As with many journeys, ours began with passion and excitement by creating an open-world, realistic RPG set in the early 15th century. We obviously had the challenge of making a game without magic or dragons, but the Kickstarter proved that gamers were craving something different, something more real. Several months prior to release, we were all incredibly excited but were also very nervous because you want to believe that your game is going do well, and it’s easy to get very hard on ourselves at times. Now that the game has released, we know that our journey is not over as we continue to work hard and listen very closely to the feedback we get from our amazing fans.

Me: What were some unexpected problems that the team had to overcome during the development process?

Rick: You always want to do a lot with your game and that takes time. Sometimes, it takes more time than you’d expect, so your game goes through unfortunate delays. Obviously, we are happy to be passed that part. 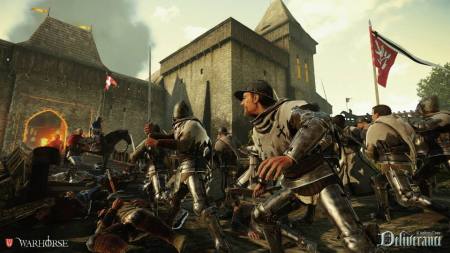 Me: Kingdom Come: Deliverance is incredibly historically accurate. What lead you down the path of realism Vs. the path of fantasy?

Rick: There are many great fantasy RPGs out there. It was time to do something different!

Me: Since Launch, KCD has received praise from both critics and fans alike, what kind of DLC awaits us for Kingdom Come: Deliverance?

Rick: At the moment, we are very focused on patching up our game to give our fans the best experience that we can possibly give them. We will be supporting KCD for a long time, so eventually you will hear about our plans for the future. 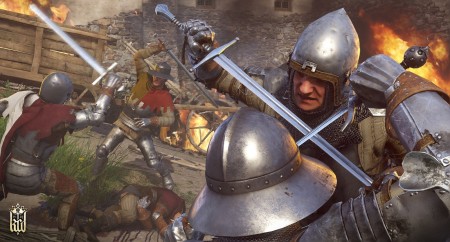 Me: KCD’s combat systems are vastly different than most games. What was the thought process behind it?

Rick: We wanted to make a combat system to closely mirror what 15th century combat looked like. This gives the player genuine immersion by knowing what it was like to fight with a sword, mace, bow, etc. back in that time period. We back this up with our physical collision system, which means that we calculate how much damage you do based on the weapon you use, what type of armor your opponent is wearing (or not wearing), and how hard you actually hit them.

Me: Are there any other projects in the works?

Rick: Warhorse Studios and our publisher, Deep Silver will discuss our future plans in the future :0)

Me: This game had a huge following even before launch with a lot of people backing the development process. Are there any words you’d like to offer your players, your fans and your backers?

Rick: Trust me, there are never enough words to describe our appreciation to the backers and fans of our game. They gave us the fuel to that was needed for the fire, and we are truly thankful for all of you!!!

We appreciate all your support and patience with Kingdom Come: Deliverance. We are working many hours to ensure that we polish our game as best as we can. Know that we will be supporting KCD for a long time.

Me: Any fun facts about the team?

Rick: Dan Vavra was the Creative Director behind Mafia 1 & 2. Our Executive Producer, Martin Klima, wrote the script for the famous RPG, Dragons Lair back in the 90’s. He also worked on Operation Flashpoint, alongside a couple of other fellow Warhorse employees.