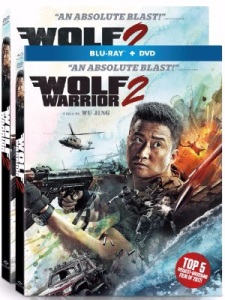 A mix of new releases to get to. I’ll start with the best, Wolf Warrior 2. I had never seen the first movie but was able to catch it before watching the sequel. The first is ok and has some sketchy CGI, but man, this sequel is over the top fun. It’s one of the biggest movies in Chinese history and I can see why. Take the action of a Fast & the Furious film, but make it a Chinese lead with a Chinese story and that equals HUGE box office returns in China. As an American, I definitely think the movie is Chinese propaganda, but I’m fine with that. I’m sure it was like a Soviet watching Rocky IV back in the day. The lead finds himself in Africa trying to find the owner of a bullet that killed his love. He’s trying to live a quiet life when rebels attack and he finds himself the only one who can help. Rebels team up with mercenaries lead by Frank Grillo. There are some amazing action sequences and a great mix of hand to hand fighting, martial arts, gun play and tanks. Yeah tanks! It definitely portrays Chinese soldiers and people as the best in the world and that other countries (cough the US cough cough) are not the superior beings we like to think we are. Maybe I would be offended if the film wasn’t so fun. It’s one of the best action movies this year along with John Wick Chapter 2, Fate of the Furious, The Villainess and Atomic Blonde. You don’t need to know the first film to watch this, there’s enough of an explanation to follow along. If you like over-the-top, balls-to-the-walls action movies, this comes highly recommended. 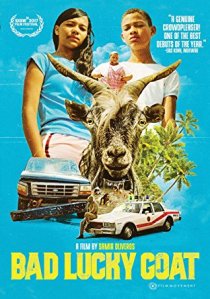 Next is Bad Lucky Goat. It’s not a bad movie and is easy to follow, I just hated the sister character in it. Corn and Rita crash their dad’s truck into a goat which leads them on a serious of adventures. They want to repair the truck before their dad finds out, but they don’t have enough money to fix it. They sell the goat meat, pawn a watch, get chased by the owner of the goat and more. It’s a good film and I liked the actor playing Corn, I just hated the Rita character. She hit the goat yet it’s her brother that figures out how to get the truck fixed. He would have had enough money from the watch, but she demanded more and got less. He goes out of his way for her on everything yet she whines and complains the entire time. She blames him for being superstitious yet she doesn’t actually do anything to solve the situation they are in. She complains about everything yet he’s the one who gets it all done. But if you are looking for something different, something not mainstream with characters/settings we usually don’t get, check it out. 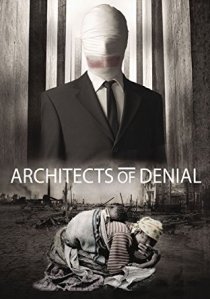 Third is Architects of Denial, a documentary on the Armenian genocide and how the US and the UK won’t admit to it happening or that Armenians are still being killed today. The Armenian genocide happened over 100 years ago, before Hitler and World War 2 yet no one will say it happened. Over 1 million Armenians were killed and Turkey has never had to say anything about it. Because the US and UK have a good relationship with Turkey, no one will talk about it. The filmmakers ask current politicians about it and no one will speak. No one has once been prosecuted for war crimes. President Obama had the president of Turkey and Azerbaijan at the White House at the end of his tenure and days later they killed Armenians and the world just shrugged. Millions of Armenians died. There were attacks in the 1980s, 1990s and in recent years yet Turkey is an “ally” and nothing is done to them. It’s a pretty fascinating look at a people facing genocide decade after decade. Hillary Clinton, Obama, Bush, Bill Clinton and others look like fools when asked about it and a people suffer while world leaders close their eyes to the massacre. Eye opening and frustrating at the same time. 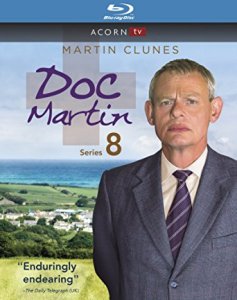 Next is Doc Martin Series 8. Martin Clunes returns as the curmudgeonly Dr. Martin Ellingham in the popular series. Caroline Catz plays his wife Louisa and along with a dog and their son, their lives change now that they are married. To say Dr. Martin is very by the book is an understatement, but that’s why the show works. He doesn’t like people, but has to deal with them. It has a quaint setting with people we’ve all seen before in our own lives. Episodes in Series 8 include Doc thinking Ken is drinking again because he thinks Ken has liver failure, Louisa trying Skype, Penhale trying to have more community awareness for the police, the rowing contest and an American (Sigourney Weaver) showing up again. The show is pretty easy to binge through, but not quite as good as other British shows I watch. Doc Martin himself does make me laugh with his interactions with people and his ability to say whatever he wants though. If you are a fan of the show, pick up Series 8. 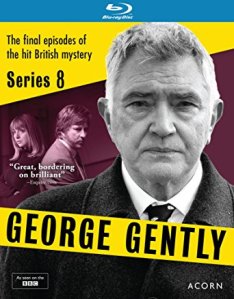 George Gently Series 8 is also out this week. This is the final season of the BBC drama and it takes place in 1970. I love the production design of this show. It’s so timely and spot on. This features 2 mysteries, a case is reopened when the body of a victim is found 8 years after a man is sent to prison for the murder. The second mystery is a cold case that finds Gently investigating a politician with future potential. It’s pretty classic TV sleuthing, but something about the design, wardrobe and production really stands out to me. The sideburns, the suits, the cars, I love it. I plan on going back and watching older episodes because of it. If you like British crime dramas especially period ones, Martin Shaw is pretty damn close to perfection as George Gently. 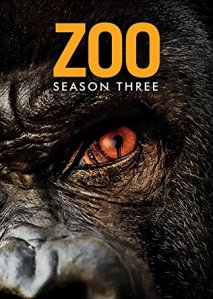 Last is Zoo Season 3. It’s a show I’ve never gone out of my way to watch. It’s not bad, but not one I really get into. It’s been ten years since the animals were cured and humans sterilized, but a new hybrid comes out. They were made in labs and want destruction. Hybrid attacks in Portland and New York might be linked. Humans go after humans. Humans go after animals and hybrids. Everyone is investigating everyone else and so on. It’s not a bad show, but I can see why it didn’t catch on that big. If you’ve followed the show, catch this and see how it ends.