New Blu-ray & DVD releases for the week include lots of TV, science fiction and some older stuff getting new releases. I’ll start with a few of the television shows. 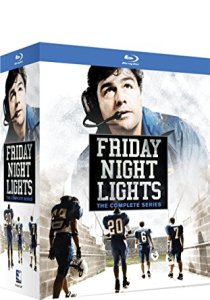 Friday Night Lights gets a snazzy new Complete Series Blu-ray box set from Mill Creek Entertainment. Based off the film of the same name, the television show was both a critical darling and fan favorite. My mom absolutely loved the show and it’s one I didn’t actually watch when it aired. Of course its leads Connie Britton and Kyle Chandler were great, but you are seeing the legacy the show has nowadays. Taylor Kitsch is now a pretty big movie star. Jesse Plemons had a nice run on Breaking Bad. Adrianne Palicki and Minka Kelly have both had success after the show. And Michael B. Jordan is one of the hottest names in Hollywood with a fantastic turn in Creed. You even see some familiar faces in it that you might not remember being in the show like Aldis Hodge, Alicia Witt, and Caleb Landry Jones. I’m assuming the complete series has been available before, but this is a good set to buy if you don’t own it or haven’t seen the show. This will be a show we talk about for 10, 20, 30 years because of how successful it was and the big names that came out of it. 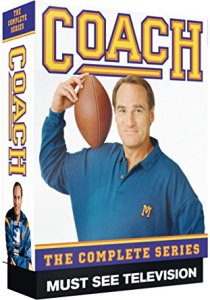 Sticking with TV football shows, next, also from Mill Creek, is Coach The Complete Series. Another fan favorite and critical darling (it was nominated for both Emmys and Golden Globes), this comedy ran for 9 seasons. Craig T. Nelson was the star, but to me Jerry Van Dyke and Bill Fagerbakke stole the show. Nelson played Hayden Fox, the coach of a university football team. Van Dyke was his assistant coach. Nelson’s partner wanted nothing to do with the sport. It was a really funny show with a ton of heart. Nelson got to play the “Straight Man” with both Van Dyke and Fagerbakke as the stooges (comedic relief). It was perfectly cast and had great writing. It had a small, character driven type vibe of a Newhart with an inside the look vibe of a Night Court or Wings. Despite winning awards, I think the show is underrated in the long run. I’m assuming this has been available before, but this new Complete Series set is a must own for fans. 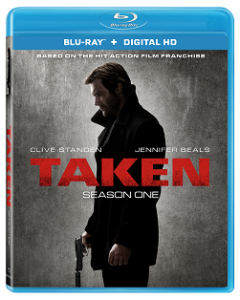 Another show based off a movie, Taken Season One is also out this week. I wanted to watch this show because I really like Clive Standen on Vikings. Standen plays Bryan Mills, the character Liam Neeson made famous in the film franchise. The show is a prequel to the films which I didn’t realize until I watched it. I was a little confused at first until I realized it was a prequel and not a sequel or retelling of the movies. Standen is really good as is Jennifer Beals. I’d say it’s similar to The Blacklist so if you are a fan of that show you should like this one. If you haven’t seen the Neeson films, don’t worry, you can very easily follow along to the TV show. Gaius Charles, who plays John in this show, also played Smash in Friday Night Lights. 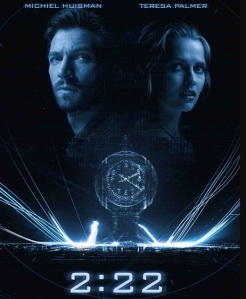 I’ll jump into science fiction now to break things up. 2:22 starring Michiel Huisman and Teresa Palmer is next. I liked it even if I didn’t 100% understand it. Huisman plays an air traffic controller who sees patterns in everything he does. When he almost crashes two planes, he’s suspended. He runs into Palmer at a dance show and they go on a date. They realize she was a passenger on one of the planes and the coincidences keep happening. He keeps seeing patterns over and over again and hearing people saying the same things and he explodes at an art show when the show involves visions he’s seeing. The pair share a birthday and there seems to be past lives involved and a love triangle. I don’t know if it made a ton of sense, but I like Palmer (she’s easy on the eyes of course, but handles these characters with ease) and I quite liked Huisman (and he has great hair). He’s been in a ton of things, but Game of Thrones immediately comes to mind. If you see the movie, let me know if it made sense to you!

Just in time for its remake, 1990’s Flatliners gets a Steelbook release for some reason. I don’t know why it requires a Steelbook release, but good for them. Honestly, I thought the movie was ok, but remember it more for its cast than anything else. With Kiefer Sutherland, Kevin Bacon, Julia Roberts and Oliver Platt, it’s pretty packed with big names. If you aren’t familiar with the movie, they play medical students who go around pushing the edges of death. They have their hearts stopped (flatlined) before getting revived in order to see what death is like and to see visions and memories of their past. It’s a decent film, but not exactly one I’d expect to have a Steelbook or even a remake to be honest. It was a solid hit for director Joel Schumacher and the cast does have great chemistry, I just never really considered it a classic by any means. But if you are a fan of the film, this release is pretty awesome. This will probably be THE best version of the film to own.

Now for some random releases before I jump back into TV. The Legend Of The Holy Drinker is next. I had never heard of this movie prior to watching it. This 1988 film stars Rutger Hauer who gives a fantastic performance as a homeless man and alcoholic who is given $200 by a stranger. He wants to repay the act and get his life straightened out, but events and his alcoholism effect him. He gets a fresh shave, buys a wallet, spends some time off the streets, makes some more money moving someone, but spends a lot of money on booze and with women. He runs into an ex and has some money stolen from him by someone else. Now Hauer gives a great performance (one of his best), but I’m not exactly sure what I’m supposed to take away from the film. Do we learn that people can change or that people don’t change? I’m not really sure. The film has been 4K restored for this release so if you are a fan, you’ll love this new version. 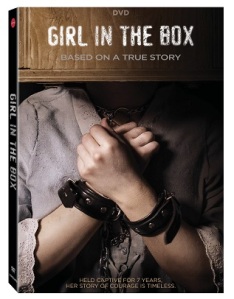 Next is Girl in the Box which is based on a true story. The more I see of Addison Timlin the more I like. She plays Colleen, a woman who was held captive for over 7 years. Watching the film frustrated me a bit because I don’t understand how Colleen was held for so long. After a while she got some freedom and would be taken outside and even visited her family at one point. How on Earth do you go to your parents’ house and not scream out what’s going on? The couple who held her convinced her that she had to be a slave or else her family would be hurt, but come on. Timlin is really good as the girl held captive, but Zelda Williams surprised me. She gave a good performance her daddy (the late Robin Williams) would be proud of. It’s one of those movies you’re yelling at the screen about. The performances are good and I didn’t know about the story before, but man is it frustrating and hard to comprehend.

Now back to TV. Line of Duty Series 4 with Thandie Newton is out this week. Newton joins the cast as DCI Roz Huntley. This BBC drama is a pretty easy binge with only six episodes. It’s a solid police drama with exceptional acting. Series 4 revolves around a serial killer, but has all kinds of twists and turns. There is evidence found that could change the investigation, but not everyone is playing along. Kate Fleming (Vicky McClure) joins Roz’s team, but is there to investigate Roz more than the crime. Just like in Westworld, Newton is great in this type of layered character. Is she on the level? Is she covering things up? Newton’s addition really shakes things up. Just like most BBC shows, once it gets its hooks in you, it’s over. But the acting is great and the story lends itself to continuation. 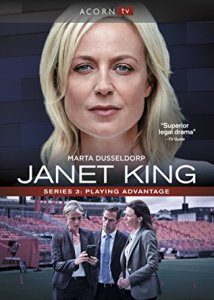 Janet King Series 3: Playing Advantage is also out this week. Marta Dusseldorp continues to impress me. I’ve said it before but what I like about this legal drama is that it’s not a simple, here’s the case, now it’s over procedural. It opens with Janet taking a job with the national crime commission investigating crimes involving sports and drugs after a cricketer dies. Her father comes back into her life because he may have been fixing matches for a club already under investigation for players fighting one another and leading to a death. She continues to fight to learn more about the drug that contributed to the player’s death and the betting angle becomes an even bigger player. The suicide and everything, the betting, the drugs, are all connected and wrapped around one man. Dusseldorp is great in the role and it’s another easy binge. If you’ve seen the first 2 series, you’ll definitely enjoy this one.

Last we have The Tonight Show Starring Johnny Carson The Vault Series. This is a 6 DVD set featuring 17 hours of Carson, 2 hours of bonus features and original commercials. If you read me often you know I love these Carson collections. I was too young to really watch a lot of Carson when he was on air so these show me the true showman that he was. Carson to me is king because I might be too young for Ed Sullivan and I’m not young enough to understand the draw to watching Jimmy Fallon laughing at himself. Disc 1 has the 10th Anniversary Special with Dean Martin, Jack Benny, Jerry Lewis, and Don Rickles. Disc 3 has a mid 1970s Sean Connery and Michael Caine, oh man the accents! Disc 6 has the 11th Anniversary Special with Muhammad Ali and Ken Norton a week before their second fight of the year after Norton won the first fight. There’s a great interview with Lucille Ball in this collection and we here at The Nerds Templar are big Lucy fans. Including the commercials is brilliant because it adds context to the show, when it aired, the climate of the country. To me there is no one better than Carson and all the guests amped up their performances or personalities for the show. I totally dig these.