DreamWorks Voltron Legendary Defender Season 3 will debut on Netflix this Friday August 4th with seven all-new episodes. In the wake of Zarkon’s defeat and Shiro’s disappearance, the paladins struggle to move forward with no one able to pilot the black lion or the ability to form Voltron. The team must quickly devise a plan as the ascension of Prince Lotor and his generals pulls the team into a perilous game of cat-and-mouse that tests their unity and abilities more than ever before. 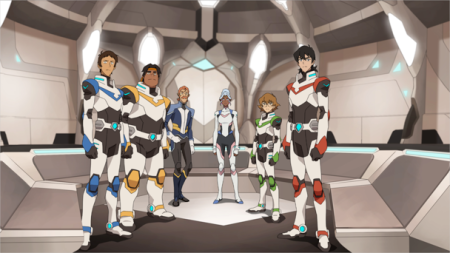 About Netflix:
Netflix is the world’s leading Internet television network with over 83 million members in over 190 countries enjoying more than 125 million hours of TV shows and movies per day, including original series, documentaries and feature films. Members can watch as much as they want, anytime, anywhere, on nearly any Internet-connected screen. Members can play, pause and resume watching, all without commercials or commitments