TriStar Pictures and MRC’s upcoming highly anticipated new film BABY DRIVER announced today a first of its kind sponsored Fan Art Geofilter Contest on Snapchat. Since the film’s rapturous debut at this year’s SXSW Film Festival, fans have flocked to social media to show off their fan art inspired by the movie. In turn, the studio began a consistent #FanArtFriday campaign on the film’s social media handles to display the creativity from these fans. For the contest, users can simply go to https://BabyDriverFanArt.com between now and May 24th to submit their BABY DRIVER fan art (creative guidelines and official rules are available on the site). 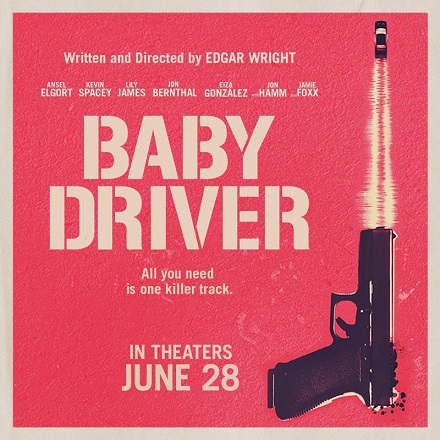 BABY DRIVER’s writer/director, Edgar Wright will judge the entries himself and the winning submission will run as a Snapchat Geofilter at a nationwide theater chain the week of the film’s release, starting on opening day, Wednesday, June 28th. This is the first time a studio will showcase fan art from a Geofilter contest on Snapchat.
In BABY DRIVER, a talented, young getaway driver (Ansel Elgort) relies on the beat of his personal soundtrack to be the best in the game. When he meets the girl of his dreams (Lily James), Baby sees a chance to ditch his criminal life and make a clean getaway. But after being coerced into working for a crime boss (Kevin Spacey), he must face the music when a doomed heist threatens his life, love and freedom.