There were mass atrocities committed during World War II. But one of the most egregious was the Commando Order issued by Germany, in which any Allied forces be killed on sight even if they surrendered, completely contradictory to the laws of war. The Germans felt this necessary after countless raids on their territories and subsequent perceived mistreatment of German forces taken by these raiding Commandos. New British Commando accessories land on BrickWarriors.com

COMMANDO KNIFE – This custom LEGO weapon is the standard issue dagger for your British WW2 commandos.

COMMANDO CARBINE – This custom LEGO gun was one of the first guns to be designed with a built in silencer. Perfect to use on missions where stealth is paramount. 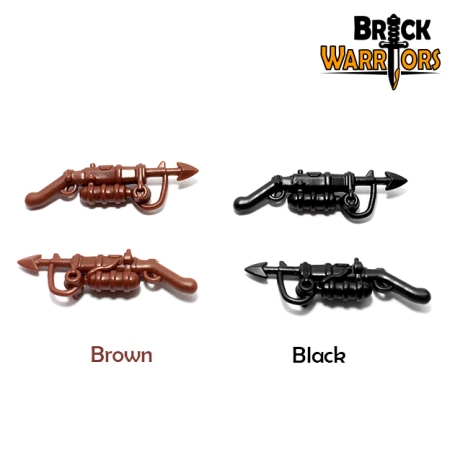 HARPOON GUN – The harpoon gun is the perfect custom LEGO gun for a surprise under water raid!

OXYGEN TANK – Approaching your enemies under water is a great strategy, but it kind of ruins it if your LEGO minifigures have to come up for air every thirty seconds. But with the oxygen tank, they can stay under water as long as they want!

The oxygen tank fits on the back of Brick Warriors suspenders.