The Case For: is a new series here at The Nerds Templar where we make a case for, well, anything. Maybe we want to right a wrong or try to convince you that GoldenEye 007 is the best Nintendo 64 game of all time. Whatever it is, we can argue a case for it.

The first in this series is The Case For: Why Val Kilmer Deserved a Best Supporting Oscar Nomination for the film Tombstone. The 1993 Western was a commercial success with critical praise as well yet received ZERO award nominations. Addams Family Values was nominated for a Best Art Direction-Set Decoration Oscar, but not an epic Western with great set design and costuming? But I digress.

This is about Val Kilmer. Sure most people might think of him as Iceman from Top Gun (above) right away or look at his performance as Jim Morrison in The Doors as proof of his leading man potential, but it’s his Doc Holliday in Tombstone that is the most legendary. Ask anyone who’s seen Tombstone and it’s Doc they will quote first.

Don’t get me wrong I love Kurt Russell and he’s great as Wyatt Earp in the film, but it’s Val who stole scenes. Doc is our Huckleberry. He is the hard drinking, hard living, smoking, card playing former dentist whose hypocrisy knows no bounds. That’s why Kilmer’s performance is THE definition of Supporting Actor. Russell’s Earp is the lead, but Doc is there by his side at the O.K. Corral, when his brothers are hurt and when Earp seeks his revenge. Excuse me, make no mistake, it’s not revenge he’s after, it’s a reckoning. 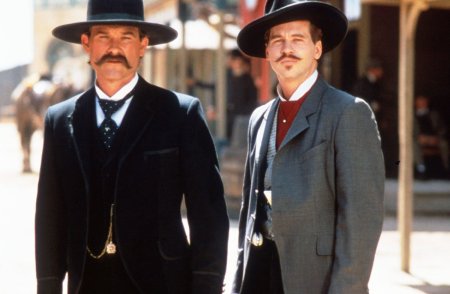 If you aren’t familiar with the movie, I literally just quoted Doc Holliday three times in the previous paragraph. Fans of the film can tell you exactly what they are. And that’s the point. How could an actor who dominates scenes and gets quoted 20 plus years later not even get a nomination? I’m not saying Val should have won, but his performance is, again, the exact definition of supporting actor. Wyatt is our hero, Doc is our anti-hero, our Han Solo. Wyatt may have wanted justice against the Cowboys being the lawman he was, but when asked why he was doing this when he should be in bed, Holliday simply says, “Wyatt Earp is my friend”. 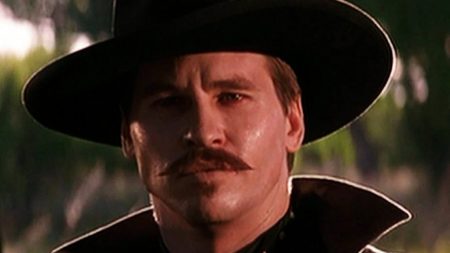 In the year Kilmer should have been nominated, Tommy Lee Jones won the Best Supporting Actor Oscar for his performance in The Fugitive. The other nominees were What’s Eating Gilbert Grape’s Leonardo DiCaprio, Schindler’s List’s Ralph Fiennes, In the Line of Fire’s John Malkovich and In the Name of the Father’s Pete Postlethwaite. All are incredibly talented actors and DiCaprio’s performance was a game changer for him so I get their nominations. Looking at the nominees now, DiCaprio should have won with maybe Fiennes being a better choice than Jones as well. I like Jones and I liked The Fugitive, but the only thing I remember about his performance is the “I didn’t kill my wife”/”I don’t care” back and forth with Harrison Ford and his outhouse, doghouse, henhouse bit. One could even say Denzel Washington’s performance in Philadelphia should have garnered a nomination. Maybe the Academy was just too high-strung. See, I can quote Doc Holliday all day long! 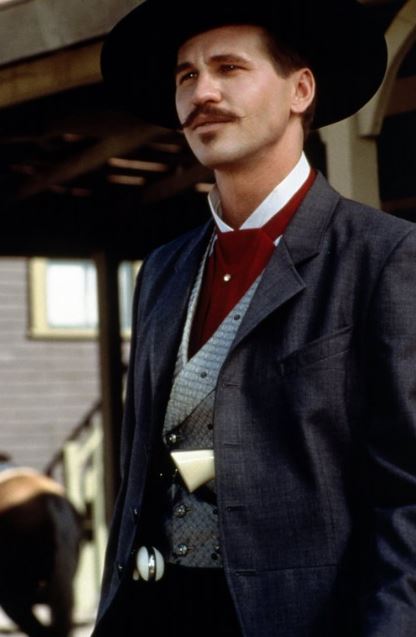 People might make the argument that Kilmer’s career hasn’t maintained an upward path so what’s the big deal he wasn’t nominated? But how many other actors can say the same thing? Cuba Gooding Jr. WON a Best Supporting Actor Oscar for Jerry Maguire and before he played OJ Simpson recently, he did mostly straight to video films. Haley Joel Osment was nominated for Best Supporting Actor for The Sixth Sense and he recently played a Canadian Nazi in a Kevin Smith movie so there’s that.

I actually prefer supporting roles and character actors more than leads. Most Best Actor/Actress winners usually don’t stand out too far from the other nominees to me. Most supporting awards have gone to actors/actresses that come in and steal scenes or pull the focus from the lead. My single favorite performance in film history is Christian Bale in The Fighter. His performance is the definition of acting. Val Kilmer’s performance in Tombstone is up there. If you know that movie, when you think of that movie, you think of his Doc Holliday as much, if not more, than Kurt Russell’s Wyatt Earp. You certainly quote Doc more. In vino veritas. That’s Latin darling, evidently Mr. Ringo is an educated man, now I really hate him.

33 thoughts on “The Case For: Why Val Kilmer Deserved an Oscar Nomination for Tombstone”