New Blu-ray & DVD releases for the week include some television releases, some horror and a western. 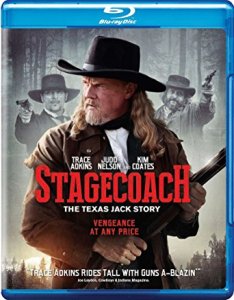 We’ll start with the western, Stagecoach: The Texas Jack Story. I grew up on westerns so I tend to enjoy them even the new ones that aren’t as good. This stars Trace Adkins, Judd Nelson and the underrated Kim Coates. The platinum selling singer Adkins has found a second career in films especially with these sort of Straight-to-Video westerns. I’ve seen him The Virginian, Wyatt Earp’s Revenge, Traded and now this one. He fits the roles well especially with the long hair and hats. He’s not the best actor in the world, but overall I enjoy the movies. I’m a big fan of Coates and he’s always good. In this Adkins plays a reformed criminal who turns back to robbing stagecoaches when his wife is killed. Coates is the man out to get him after losing an eye to him. Nelson is part of Adkins’ group. It’s nothing groundbreaking and far from original, but I didn’t mind it. I’ve seen far worse westerns and thought the production value was pretty solid. Everyone looked their part and the set design was good. If you like these movies, especially ones with Adkins, check it out.

Next is Creep Show 2. This cult classic from horror titans George A. Romero and Stephen King got a brand new 2K restoration in both a standard edition and limited edition packaging. I hadn’t seen the film in probably 20 years so it almost felt like watching it for the first time. It’s an anthology film and like all anthology films, some stories work better than others. I thought The Raft was the best story. I remember it the most from the other stories from when I first watched it. It’s tense and makes you think how’d you handle being stuck on a lake raft with some killer toxic sludge in the water. The Hitchhiker is solid but it’s definitely very 80s. The female driver looks straight from the 80s, but it’s a classic story of how do you handle a hit & run situation. I would have liked Old Chief Wood’nhead more if it wasn’t for the one actor. The Indian criminal who wants to be an actor bothered me a lot. This is a fantastic package with loads of extras and looks fantastic restored. I definitely recommend this one for any horror collector. 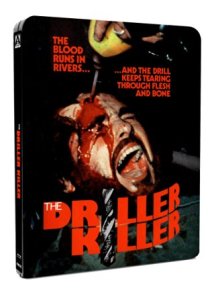 Sticking with horror we have The Driller Killer. I had never actually seen this Abel Ferrara film, but knew of it. I was actually a little disappointed in it after seeing it for the first time. I can see why some people think it’s a cult classic, but there wasn’t enough killing for me. I was actually more annoyed with the characters than entertained. I wanted to see everyone killed, but I guess that’s a good thing in a movie like this. It’s part rock film and slasher film with some grindhouse, but I wanted more. This got a brand new 4K restoration and has a steelbook package filled with extras. There’s also a special edition package as well. I know a lot of people who will be picking this up and it’s worth having in the collection even if I didn’t love it.

Canadian police drama 19-2 Season 3 hits DVD this week. I quite like this show because it’s very dramatic, but also quite different from US dramas. Season 3 picks up where season 2 ends, but this season feels pretty stand alone that if you aren’t fully caught up, you can still enjoy this season. Even though season 2 ended with a death, there’s still plenty of corruption and suspense in season 3 and it keeps you guessing. Season 4 will be its final season so I’m looking forward to seeing how it all ends. Like I mentioned before in Season 2, the show has a British drama feel to it compared to American television, but unlike British shows, you get 10 episodes here whereas the Brits tend to do no more than six. It’s just a really well made, well acted, well written show. I recommend the series. 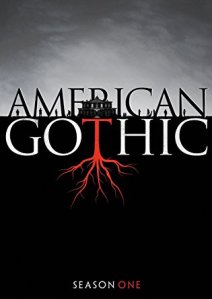 Next is American Gothic Season 1. I wanted to watch this when it was on TV because I like Virginia Madsen and it’s based in Boston where I live, but I never got around to it. Watching it now, I liked it, but knowing it got cancelled hurt my enjoyment of it a bit. I thought it was very well acted and written. Characters, even ones I didn’t like, are fleshed out and developed enough. Some people had issues with its pacing, but I thought it helped with the suspense. It felt like classic TV storytelling to me as it slowly unwinds the story and starts giving out clues and hints. You sit there trying to figure out who the Silver Bell killer is and who else might be involved. I wish I didn’t know it was cancelled because my expectations for it might have been different. I did like the show and I can see it getting watched a lot on Netflix when it eventually hits that (if it does). 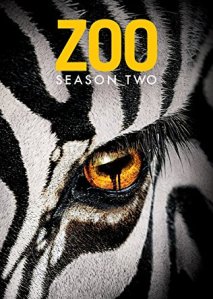 Last is Zoo Season 2. This actually came out last week, but I didn’t get it till last week and certainly couldn’t watch it in time. I first watched Zoo because I like Kristen Connolly, but I continue watching because it has a cool science fiction element to it. I’m not a big animals fan, but when they start attacking humans, I can support that. I don’t know if it’s intentionally campy, but it certainly comes across that way and I like it because of that. There’s some laughable dialogue, but I think it’s supposed to be that way as well. Season 2 starts out with trying to save Jamie and the leopard that could have answers. The team travels the world from Vancouver to Portugal to Africa to Geneva, Switzerland being destroyed. The last few episodes deal with trying to get the cure out and get certain animals vaccinated. It’s not a great show, but it has some cool elements and is easy to watch.