Projectile pumpkins take over the sky as PUNKIN CHUNKIN returns to Science Channel with a three hour simulcast with Discovery Channel – that’s more primetime gourd-chunkin hours than ever before! Punkin Chunkin is the epic gathering of unconventional engineering teams and builders who compete using a variety of technologies – air cannons, catapults, trebuchets and other homemade contraptions – to see who can propel a pumpkin the farthest. This signature Science Channel television event celebrates the science and engineering skills of all those who compete, as well as their creativity, ingenuity, teamwork, and passion. PUNKIN CHUNKIN returns in all its glory after a two-year absence as a simulcast on Science Channel and Discovery Channel Saturday, Nov. 26 at 8PM. 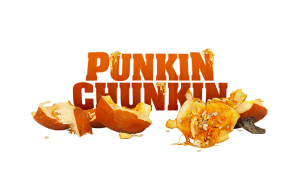 Veteran PUNKIN CHUNKIN hosts Kari Byron and Tory Belleci co-host the high-flying television event, joined by MythBusters: The Search host Kyle Hill. They will take viewers behind the firing line to experience all the action as the teams prepare to compete. PUNKIN CHUNKIN 2016 will keep Science Channel’s on air, on-demand, online and social audiences on the edge of their seat with all-new technologies employed to get closer to the field and the pumpkin hurling action than ever before.

The competition is hosted by the World Championship Punkin Chunkin Association (WCPCA), and will feature all-new machines and fan favorite teams, including returning champs Yankee Seige II and Sir Chunks-A-Lot; Chunk Norris; American Chunker; newcomers Pluto and Safety 3rd; American Chunker, who continue their ongoing rivalry with Big Ten Inch; Colossal Thunder, the youth team now old enough to compete with the big boys; and a top secret team making a foray into the Air Cannon division. PUNKIN CHUNKIN 2016 will also mark the return of legendary chunker, Fat Jimmy. With titles in every division on the line, teams featured will pull out all the stops in hopes of achieving the holy grail of pumpkin propulsion: launching a pumpkin  more than one mile, which has never been done before. The current record is a distance of 4,694.68 feet, set in 2013.

“I couldn’t be prouder to announce that, thanks to the unparalleled efforts of our dedicated volunteers and the undying support of the community we serve, the Chunk is back, and we intend for it to be bigger and better than ever. We’re honored to once again be partnering with Science Channel to help further the Chunk’s reach and promote the charitable endeavors and scholarship programs that it always has, and always will, support. Together we’ll bring Punkin Chunkin – a Delaware tradition unlike any other – back to homes nationwide,” said Frank Payton, President of Punkin Chunkin.

For all things PUNKIN CHUNKIN, explore the wealth of material on ScienceChannel.com which includes the latest video on all aspects of the competition, team bios, photos and more. Audiences can join the action live as it unfolds via Science Channel Social Media with unmissable content during the event and the PUNKIN CHUNKIN premiere. There will always be something new with Facebook Live events, host and participant tweets, photo posts, live video and snaps using the hashtag #PunkinChunkin. Find The Science Channel on Facebook, Twitter, Instagram and Snapchat via @ScienceChannel.