With the 2016 NFL season upon us, EA Sports Madden Ultimate Team by McFarlane Toys debut series has started to hit major retailers. 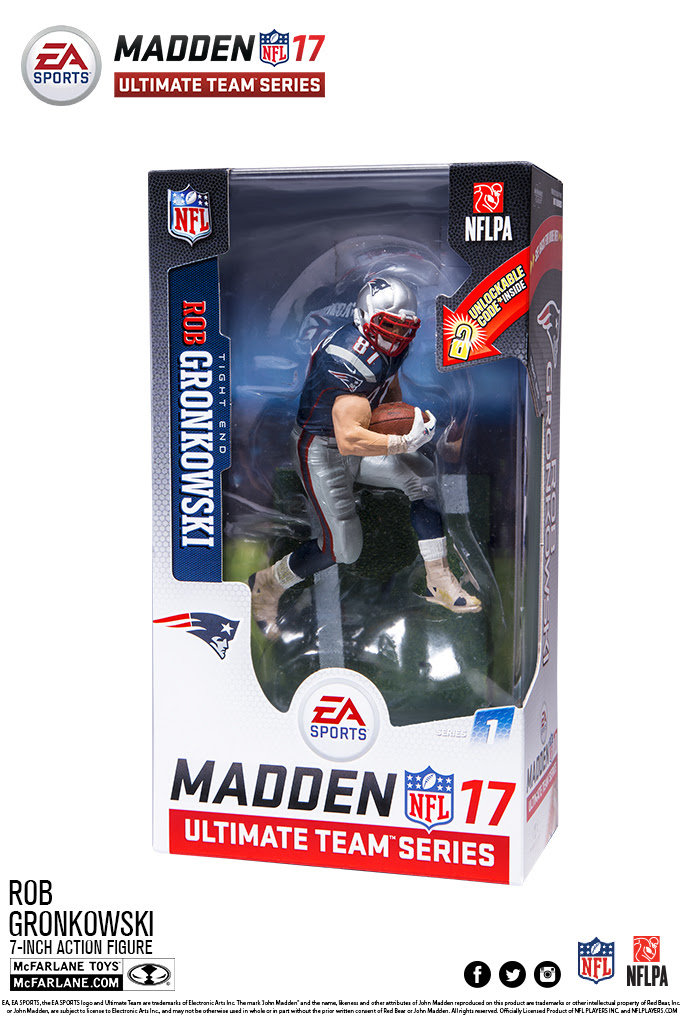 Each figure comes with a Madden NFL 17 redemption code* to redeem in-game for 7 Pro Packs (a $10.50 value) to ignite your squad for the new season and features new collector box packaging. The seven-inch McFarlane Toys figures are extremely detailed and sculpted in an iconic game action pose as fans of the McFarlane Toys brand are accustomed to seeing. MSRP $24.99.

Collectors’ will be excited to hear that two exclusive alternate version figures with game specific commemorative bases will be released through specialty and hobby stores in this series.

For over two decades EA SPORTS Madden NFL has been one of the standard bearers for not only sports, but video games in general. Madden Ultimate Team has become one of fastest growing modes in the game, allowing players to become the General Manager of their very own franchise, constructing a dream team comprised of current NFL stars and legends of the past, through earning and opening Pro Packs.

“Because you get some of these unlockables, the fun part is that the toys are more than just display,” said Todd McFarlane, Owner and CEO of McFarlane Toys. “With the video game and now the figures, you’ve got that Madden style 24/7, even if your console switch is turned off.”

For more information about the Madden Ultimate Team figures, including future series lineups, fans are encouraged to check out www.mcfarlane.com as well as the McFarlane social media channels for updates and news.