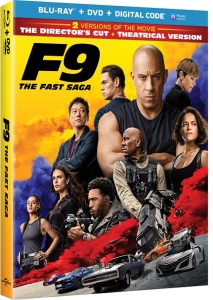 The biggest release for the week is one of the biggest films of the year so far F9: The Fast Saga. I’m a big Fast & Furious fan. I own all the movies including Hobbs & Shaw so I was really looking forward to this one. I knew it didn’t have The Rock or Jason Statham in it, but I thought it would still be good with most of the other cast members returning and them bringing back a fan favorite. So I loved F9 right? Well, no. I understand the franchise has gotten more and more ridiculous with each movie, but wow did this one jump the shark. Not only does John Cena’s character make no sense if you’ve seen any of the other films, but if you thought Dom & the gang racing a submarine in the 8th film was ludicrous this one goes to…well I won’t ruin it. It’s ridiculous. Utterly ridiculous and that’s a fan saying that. I found myself laughing at it not with it more than any of the previous films. For a franchise that started out about illegal street racing, it’s turned into an over-the-top action/superhero/super agents extravaganza. And the worst part of the film is the filmmakers know they’ve gone too far. The movie is almost all fan theories or commentary. Tyrese Gibson’s Roman makes comments the entire movie about how they all seem immortal, they get shot or crash and don’t die and have become superhuman. He brings up the submarine and all the other nonsense they’ve done over the past few years working with spy agencies and traveling the world despite the fact that none of them have any type of training or background in any of it. It’s like the series has become self aware. Sure it’s kind of funny, but where does it end? I’m sure I’ll rewatch F9 at some point, but as someone who enjoys the franchise this one was pretty rough. I can’t even imagine where the tenth film will go since where they went in F9 is what I expected out of Fast X or whatever they will call the tenth one. 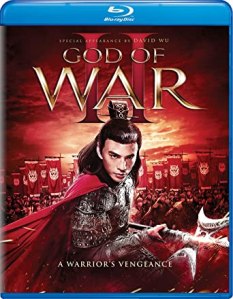 Second we have God of War II. I’m not 100% sure if I saw the first film, but after watching this one, I don’t feel like I’ve missed anything if I hadn’t. The official synopsis gives everything you need to know about the film: Years after escaping, Lü Bu has no memory of his hellish early life as a test subject for a ruthless imperial sorceress. Now, he is feared across the land as the conquering general under warlord Dong Zhuo, for whom he has blazed a trail of victories on the battlefield. But when a woman arrives at the palace claiming to be his long-lost love, the facade begins to fade, and he begins to realize that his closest allies may yet be his most dangerous foes. It’s your pretty standard Asian fantasy period piece. There is action, fighting, beautiful costuming and effects. I thought the lead actor was good, but there isn’t much that separates the film from every other Asian fantasy period piece. That doesn’t make it bad, I enjoyed watching it, but I will definitely confuse it with other films in the future. The only part that really stands out is his poison and ability to heal, but I expected something much different with a title like God of War II. It could have used more action and bigger scaled battles, but it’s good enough for a watch.

Third we have Biography: WWE Legends Volumes 1 & 2. This was right up my alley. I grew up watching the WWF then WWE so I had a lot of fun with them. Volume 1 contains the stories about “Stone Cold” Steve Austin, “Rowdy” Roddy Piper, “Macho Man” Randy Savage, and “Booker T.” Piper and Macho Man were two of my favorites as a kid then I loved Stone Cold in the 1990s and his rise against Triple H, The Rock and more. Volume 2 contains the stories about Shawn Michaels, Ultimate Warrior, Mick Foley, and Bret “Hitman” Hart. The Ultimate Warrior and Bret Hart were icons of the 1980s and Hart continued into the 1990s. Shawn Michaels was a legend on his own and then with D-Generation X. Mick Foley took the longest to become a superstar going through alter egos like Cactus Jack and Dude Love before Mankind made him a legend. WWF/WWE fans will love these and I hope they make more of them because I’d watch the heck out of them.

Nuclear Nightmares is a 1980 documentary narrated by Peter Ustinov. Watching it from today’s point of view it’s funny in a way in how wrong so much of the thought process was at the time. From the 1980 perspective people truly thought the world would end in a nuclear holocaust. It talks about areas of the world like Israel/Palestine that could eventually use nuclear weapons. Ustinov narrates through several scenarios of what might happen if nukes were unleashed and why we must never let it get to that point. Of course none of it did happen, but it does highlight how scared people were. All kinds of experts from both the scientific perspective and military point of view give their thoughts and if you weren’t around in this time period you might not truly grasp how much of it people thought would happen.

Sticking with documentaries, next is Black Magic Live: Stripped. To say I’m not the target audience for this is an understatement, it’s about the only black male revue show in Las Vegas. I will say I respect the hell out of these guys’ ability. They are in ridiculous shape, but they can move and get into characters in a way. The women love them and they all treat each other like family. That’s the funniest part because they are always around each other, they have their moments like all family/friends when they get on each other’s nerves and have words. It’s a pretty intimate look at their lives, the boss lady’s life and everything it takes to put on the show. Again not really my type of thing, but the Magic Mike crowd would probably love it.

Next is Dolly: The Ultimate Collection. This is a 6-disc version hitting retail for the first time. A bigger collection came out towards the end of last year, but this one is a bit more wallet friendly for Dolly Parton fans. You get plenty in this 6-disc collection including 11 episodes of her variety show with some of the biggest names in music, a special Christmas disc featuring A Down Home Country Christmas and Bob Hope’s Jolly Christmas Show, her Live From London concert and her 2019 BBC documentary Dolly Parton: Here I Am. I grew up on Dolly Parton, Kenny Rogers and Johnny Cash so I enjoy these collections. Her charisma is just remarkable able to make fun of herself and charm an entire audience. She is an icon in every sense of the word being Oscar nominated, Emmy nominated, Golden Globe nominated, Grammy nominated and is in the Country Music Hall of Fame. Plus she’s a Guinness World Record holder. Fans will absolutely eat this collection up and if you can’t afford the big box set, this is very much worth its price.

The next few releases come from Mill Creek Entertainment with the first two coming out this week and the two Ultraman sets coming out last week, but I didn’t get them in time. 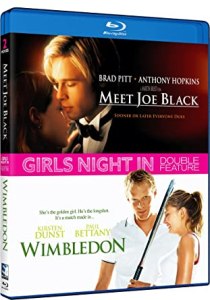 First is Girls Night In Double Feature which includes Meet Joe Black and Wimbledon. When Meet Joe Black came out years ago it didn’t work for me. I was expecting something totally different, but it has grown on me. Brad Pitt plays death in human form who falls for the daughter of a media mogul (Anthony Hopkins) while discovering what life is truly like. Claire Forlani plays the daughter Joe Black falls for. I think the biggest issue with the film is its runtime. It’s almost 3 hours long and feels even longer. There is a much better film somewhere in there. Wimbledon stars Kirsten Dunst and the underrated Paul Bettany. Bettany plays a tennis player who’s lost his drive, but meets Dunst’s rising tennis player character who sparks something in him. Her family wants her attention on tennis and away from the older man. Bettany is good even if the film itself is very cliched.

Next is Frost/Nixon. Directed by Ron Howard it stars Frank Langella and Michael Sheen as the titular characters and was nominated for 5 Oscars. Sam Rockwell, Kevin Bacon, Oliver Platt and more also star. David Frost (Sheen) was a jet-setting television personality who eventually sat down and talked with Richard Nixon (Langella) after years of silence from Nixon. It’s very well made and well acted with Langella being nominated for Best Actor along with it getting a Best Picture nomination and director nom for Howard. I like it, but don’t love it. It’s very good, but it’s also one of those films I don’t see myself popping in often to rewatch. I hadn’t seen it in years so watching it again now was good and I had forgotten a bit of it.

Ultraman 80: The Complete Series is about a 20 something year old science teacher who also works as a member of the elite UGM (Utility Government Members) to fight monsters. He can transform into Ultraman 80 and save the day! I think I remember the show from when I was a kid and if I remember right it was the last Ultraman show for years. It was a return to live action Ultraman and ran for 50 episodes. It’s what I grew up watching and really enjoyed rewatching it over the past week. 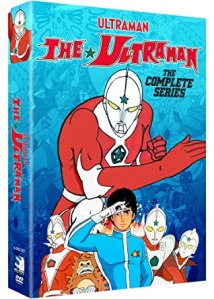 Last we have The Ultraman: Complete Series which was an animated series that preceded Ultraman 80 and also ran for 50 episodes. I also remember this from my childhood. It was the first animated version of Ultraman and also one of the earliest works of anime studio Nippon Sunrise. I love this style of animation and watching it brought back a lot of memories. This might be my favorite Ultraman set I’ve gotten in a while because of how much it reminded me of my childhood growing up watching it.