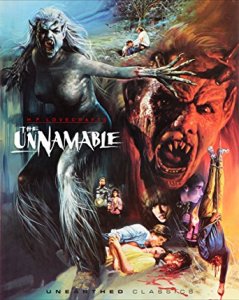 First we have the late 1980’s The Unnamable. The 1980’s were a great and horrendous time for horror flicks. There are some classics from that decade but unfortunately once one movie was a hit, a slew of knockoffs followed suit. This film is based on an HP Lovecraft story and I had never actually heard of it. It’s terrible, but it’s so bad it’s also great in that 1980’s horror way. It literally check marks every horror trope you want. The hot girl gets naked. The guys are cliched college types. They all go to a house they shouldn’t. There is some great gore and kills. The acting is bad (but that’s a positive in this type of movie). The special effects on the creature are amazing. The film shows the creature a bit more than you expect but it does take a while for it to be seen which is smart. All the money went to the effects which is also smart. The one book nerd drove me insane with the way he talked but that’s expected as well. I have a soft spot for these terrible movies so I had a lot of fun with this one. This new release has gone through a 4K scan with color correction and restoration from the original negative and comes with a ton of interviews, commentary and more. If you are a fan of the film or these types of movies in general, this is worth picking up. 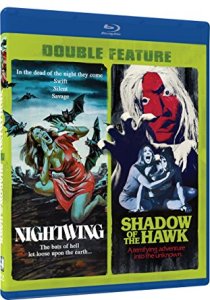 Sticking with horror, Mill Creek Entertainment has out a Double Feature of Nightwing and Shadow of the Dark, both involving Native American lore. Nightwing is a 1979 creature feature with some laughably bad yet amazingly entertaining vampire bats effects. If you laugh at the birds in The Birds, you’ll laugh at the vampire bats in this. When they try to break through a cage and get electrocuted I laughed out loud. Shadow of the Hawk stars Jan-Michael Vincent as a grandson of an Indian Shaman who returns to the native land with his grandfather and love interest to fight off evil spirits. The fight sequence with the bear is hysterical as are some of the other effects. Like the movie above, both of these are so bad they are good and I was entertained by both. I liked Nightwing more because it’s a way better B-movie. 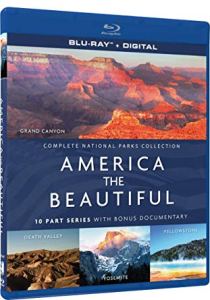 Sticking with Mill Creek Entertainment products third we have America The Beautiful, an over 12 hour long look at America’s national parks. As a photographer and person who works in film, this is absolutely stunning. Even if you haven’t been to any of these places, and I haven’t, you feel like you’re there. It’s just a gorgeous collection. You get The Grand Canyon, Yellowstone, Yosemite, Everglades, The Great Smoky Mountains, The Black Hills and The Badlands, Glacier, Death Valley, Acadia, Voyageurs and a bonus documentary. The photography and cinematography are just breathtaking and it’s also educational. If you are thinking about visiting one of these places, pick this up. 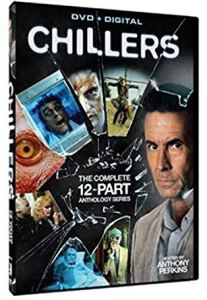 Mill Creek also has out Chillers The Complete 12 Part Anthology Series hosted by Anthony Perkins. Based on Patricia Highsmith short stories from 1990, I wasn’t familiar with the series. Perkins is great as the host, but there are a ton of stars that appear across the 12 episodes as well. Like any anthology series some stories are better than others. Some are slower than others. Some have a better story or get darker than the rest. If you liked Tales of the Unexpected I can see you enjoying this as well. 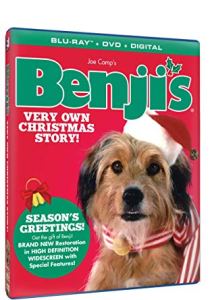 The last from Mill Creek is Benji’s Very Own Christmas Story. I’ve seen a few Benji films from Mill Creek this year and although they aren’t for me, families love them and that’s all that matters. Benji and his family are invited to be grand marshalls at a Christmas parade in a small town in Switzerland where they meet Kris Kringle. He  has an injury and needs help on Christmas Eve. There is music and elves and toys and your family will enjoy it. It’s a very family friendly holiday movie that will get your kids in the Christmas spirit. I actually liked how they showed the different versions of Santa around the world. 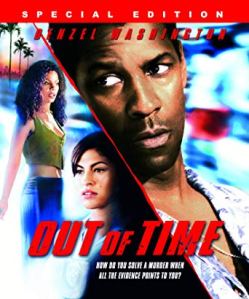 Out now is Out of Time Special Edition. This film stars Denzel Washington and is one of the first movies I remember seeing Eva Mendes in. This came out in 2003 in an era of other Denzel movies like Deja Vu and Man on Fire. I tend to confuse this with Deja Vu actually. Denzel plays a police chief of a small town in Florida who ends up as the prime suspect of a double homicide. He was having an affair and took some money from a drug bust to help her out because she claims to have cancer. She and her husband wind up dead and Denzel is the beneficiary of her insurance making him the suspect. The DEA wants the drug money and Denzel has to figure out who’s setting him up. It’s a decent movie but not Denzel’s best. I mean he’s good in it, but he always is. This new release comes with commentary, outtakes, screen tests and more. 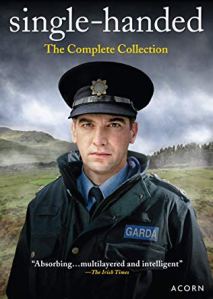 Next is Single-Handed: The Complete Collection. It’s a pretty solid police procedural out of Ireland. A Dublin cop returns home to a small town once ruled by his father, a retired cop who has a history. Owen McDonnell is good in the lead and I liked him in Dominion Creek as well. This collection is 6 discs and features both the regular and feature-length episodes. It reminded me a little bit of Broadchuch because both use the setting as a character itself. The backdrop is fantastic and makes me want to visit Ireland even more. It’s a pretty easy binge, I got through it under 3 days. If you like crime dramas like Broadchurch and Vera and missed this when it aired then give this collection a watch. 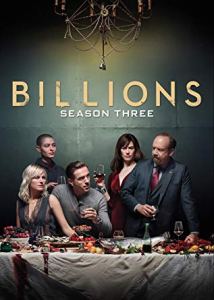 Sticking with TV next is Billions Season Three. This show starring Paul Giamatti, Damian Lewis and Maggie Siff is a show my parents really like. I only watch it when it hits DVD but I do like it. It’s a good show but I have to be in the mood for it. It’s about finance and power and the law and isn’t a quick binge for me despite liking the show. It’s extremely well acted and well made and that’s what keeps me watching. It’s very layered and interconnected and smart but that’s also why I can’t binge 4 episodes in a row. If you are a fan of the show, Season 3 hit DVD a few weeks back and is a good holiday gift.

Speaking of smart TV, The Affair Season 4 is also out. This came out in mid October and I think it’s one of the smartest shows on TV. Season Four finds the major cast the furthest apart from each other that we’ve ever seen. Each is doing their own thing with new relationships but their pasts still very much haunt them. This is also a show my parents very much enjoy as well. The first episode has a flash-forward scene and the season goes forward from there with all their lives still being chaotic and filled with drama. I love the way the show plays out and you get different perspectives. I think it’s really smart and it’s a show I look forward to watching every season. 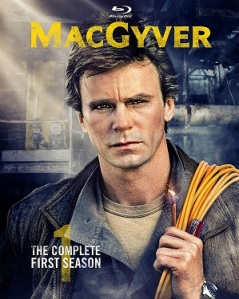 Last of the TV we have MacGyver: The Complete First Season. This is the original show starring Richard Dean Anderson not the current reboot on TV. I believe this is the first time this show has hit Blu-ray and was groundbreaking TV when it first came out. Let me explain what I mean. It’s not groundbreaking in terms of writing or acting but the MacGyver character was THE meme of its day. Memes weren’t a thing then, but anytime you made something out of junk or fixed something with Duct tape and chewing gum, you MacGyver’d it. When we watched this show we thought we could get out of any situation with a paperclip, a lighter and WD40 or Duct tape. Richard Dean Anderson would turn into a TV staple and the show is still considered a classic. It looks great on Blu-ray and makes a great gift. 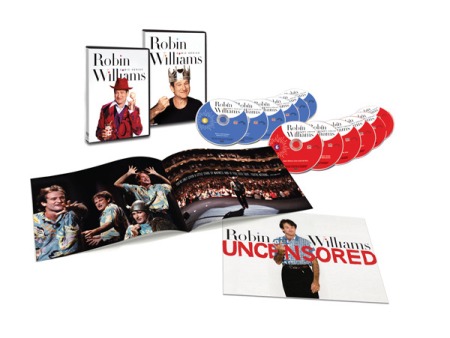 Last we have Robin Williams: Comic Genius. This is through Time/Life and is the smaller of the 2 Robin Williams collections available. But don’t think this is small. I mean just look at that picture! This is a monster box set that features all 5 of his HBO specials going back to the 1970’s, the best of his appearances on Leno, Oprah, SNL and other talk shows, his USO tours, the first six episodes of Mork & Mindy, interviews with close friends, and so much more. If you are a Robin Williams fan, this is a must own. Williams was a crazy interview and you never knew what you were going to get from him. He was also a stand-up god with jokes that are still funny decades later. Sure he was a fantastic actor and Oscar winner but I preferred his comedy over his acting so this was great for me. I’ve seen some of it before but there is so much here that you’ll spend days going through it all. The bigger collection is 4 volumes with this smaller one being 2. Available exclusively at RobinWilliams.com,  if you have a loved one who is a fan, this is an absolutely amazing holiday gift. We lost a legend when Williams died but you can relive all the laughter and charm of one of Hollywood’s elite through this collection..