Last night I was bored of my usual gaming routine, I needed something fresh. I recalled I had a myriad of games I purchased from the Humble Bundle. For those of you who don’t know, HumbleBundle.com sells games in a bundle and you get more games based on how much you donate. I remembered that I bought this space game called Ad1ft. That’s all I knew, that it was a space game. I booted up Adr1ft and from the initial tutorial, I could tell this game was going to be fun.

The controls in this game are really in depth and at times, can cause a bit of frustration. I couldn’t tell you how many times I bumped into walls because I miscalculated. Normally, not a big deal. In Adr1ft however, hitting a wall too hard may just end in your death. Your spacesuit isn’t indestructible and the more damage it takes, the more oxygen you have to collect to survive. It’s not that the control scheme is bad, rather, it’s complex. There are about 7 keys and 3 mouse buttons needed to maneuver through this destroyed space station and they must be used in combination for perfect movement (and to not bash your head into the wall). 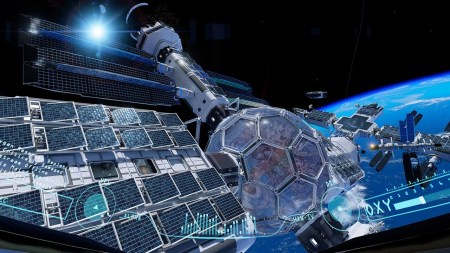 The graphics in this game don’t fit on a scale of one to ten. This is a 15. This game is BEAUTIFUL. Too often I’ve seen walking (or in this case, floating) simulators get a bad rap in the graphics department. Never before in any other space game (including the fiasco that is No Man’s Sky) have I ever actually felt like I was in space, like I could float away forever. There was one scene in particular where I had to float outside the space station and you could tell something terrible happened here. 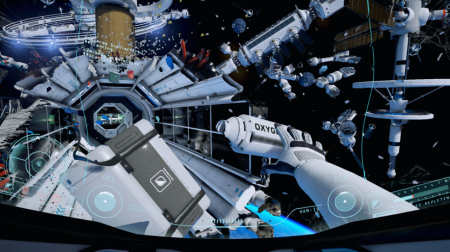 The next thing is the story, I’m about 3 hours in and I can tell I’m being pulled into something, but I don’t feel forced to complete it. This is honestly the first game in awhile where I just want to explore and see what this game has to offer in it’s nooks and crannies. The attention to detail is amazing and while I may occasionally do an objective, I’m taking it slow and just enjoying the ride. Like I said, I can tell the game wants to tell me something, but it understands that it’s so gorgeous that I just want to explore it and I’ll do the story eventually.

This game is a breath of fresh air (ha! Space pun, get it? be…because there’s no air in space, ha…pl..please laugh, I’m so cold…soooo cold in space). Aside from the difficult controls, which can be mastered with a bit of practice, this game is fantastic. The soundtrack fits the scene, the environment makes me feel like I’m really stranded in space and the game understands that I want to explore the environment it has to offer. This is a MUST for anyone looking for a new game but doesn’t want to throw 60 bucks at their Steam account.